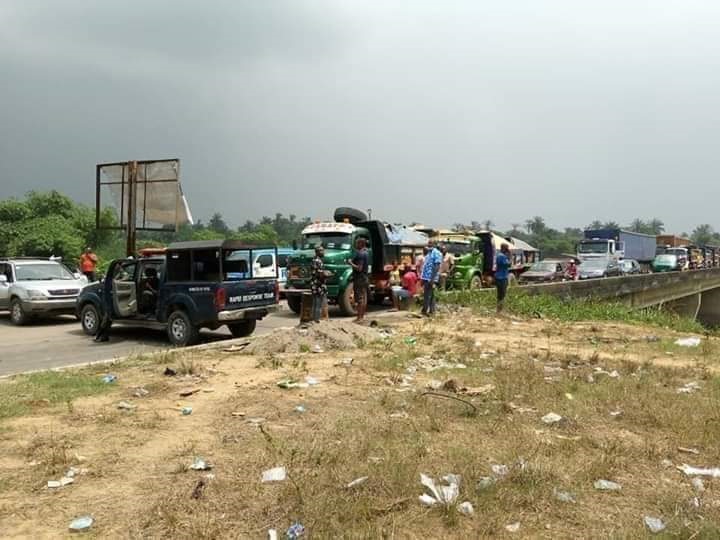 Hundreds of passengers were stranded at the Abia/Rivers State border located at Oyigbo, in Oyigbo local government area of Rivers State as a result of the closure ordered by to prevent the Coronavirus pandemic.

Our Correspondent who visited the Oyigbo border reports that the security agencies were overwhelmed by the vehicular and human traffic witnessed as at 5 pm on Thursday contrary to the Governor’s directives that border closes by 6 pm same day but the overzealous security officials closed the departure and arrival gates as early as 5 pm.

Patrick Owhonda whose family members of the family told our correspondent that state government have allowed people left stranded in areas along Oyibo axis is calling for our help.

Passengers who were indigenes of Rivers State claimed they were allowed to pass through the gate because they are from Oyigbo who went to Aba to make last-minute purchases to beat the border closures while others who were caught up as a result of bad roads, commercial vehicle were also seen pleading with the security agencies to allow them in through the gate into rivers state.

Trucks carrying seafood were also not allowed to cross, construction trucks who also claimed they were making their trips from the Imo River Sand Dump into Rivers state frowned at the inability of the security agents to allow them in despite registering their departures with them earlier in the day.