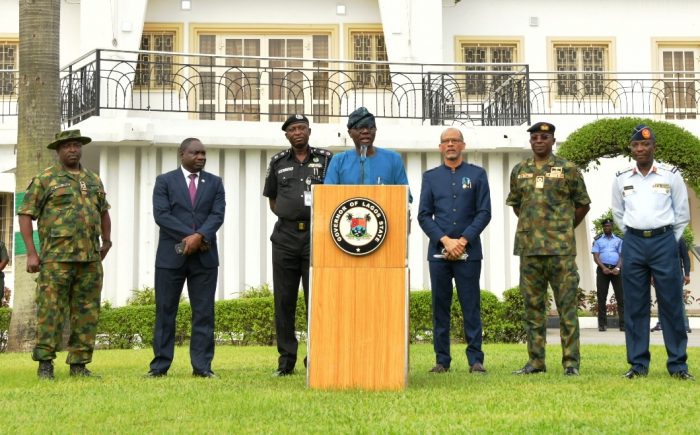 Lagos State Governor, Babajide Sanwo-Olu on Friday evening said the total shutdown of the state over outbreak of the deadly Coronavirus is imminent.

He said once the state recorded a certain number of positive coronavirus cases, Lagos would be totally shutdown in a bid to save lives.

The governor, at a live broadcast at the State House, Marina, to give update of the disease, said so far, Lagos had recorded 44 confirmed cases so far, while three people had been discharged.

According to Sanwo-Olu, the state government was moving in the direction of total shutdown once a particular figure was arrived at, but he did not disclose the figure.

“We are moving in the direction of curfew soon, there are numbers we need to see before that will happen but we have not seen that yet,” he said

Sanwo-Olu lamented that there had been increase in confirmed cases which had reached 44, with six additional cases recorded in a vessel in Lagos on Thursday.

He said with three people already discharged, the government was looking at discharging five or six more patients who had now tested negative.

Sanwo-Olu said once they recorded a confirmatory negative test, they would be discharged.

The governor added that government would start free distribution of food to about 200,000 households, such as rice, garri, bread, beans, among others to last each household for a period of two weeks.

He also said government had opened about 50 temporary markets in public schools in the neighbourhood where people could purchase foodstuff at cheaper rate, saying that the markets would be opened every two days.

The governor appealed to Lagosians to refrain from gathering in large number, saying he expected maximum compliance from them .

Also, Sanwo-Olu disclosed that the state government had begun fumigation of public places, such as parks, bus stops, among others, saying that the exercise would last until Sunday.