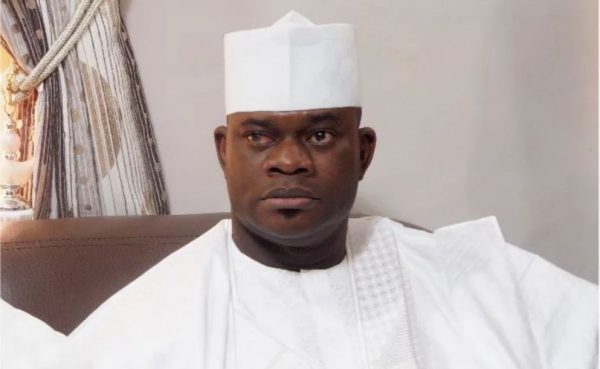 The Network of People living with HIV/AIDS in Nigeria (NEPWHAN), says Kogi’s Gov. Yahaya Bello’s comment on HIV/AIDS is a complete violation of the anti-stigmatization and discrimination law of 2014.

Abdulkadir Ibrahim, the National Coordinator of NEPWHAN, who spoke on behalf of members, said HIV/AIDS was not more deadly than Coronavirus (COVID-19), as presented by Bello.

Ibrahim was reacting to the governor’s comments while debunking the rumour that he was COVID-19 positive, in a short video clip that went viral.

The NEPWHAN helmsman noted that Bello had said anyone wishing that he contracted the disease would be infected with HIV/AIDS.

He urged the governor to immediately apologise to persons living with HIV or legal action would be instituted against him.

“How can a governor make such a stigmatising comment, as if HIV is a death sentence, or as if it is more deadly than COVID-19.

“One can embrace an HIV positive person, as well as shake their hands, but one cannot do the same to a COVID-19 patient, proving the deadly nature of the disease,” Ibrahim said.

According to him, research has proven that HIV patients could live normal lives without transmitting HIV to others, a system called; Undetectable equals Untransmissible (U=U).

He, therefore, called for collective condemnation of such discriminatory remarks.

Ibrahim urged the National AIDS Control Authority (NACA), to step-up enlightenment on the challenges and nature of people living with HIV/AIDS, in order to correct negative impressions that could be created by such comments.