Nollywood stars who have died in 2020 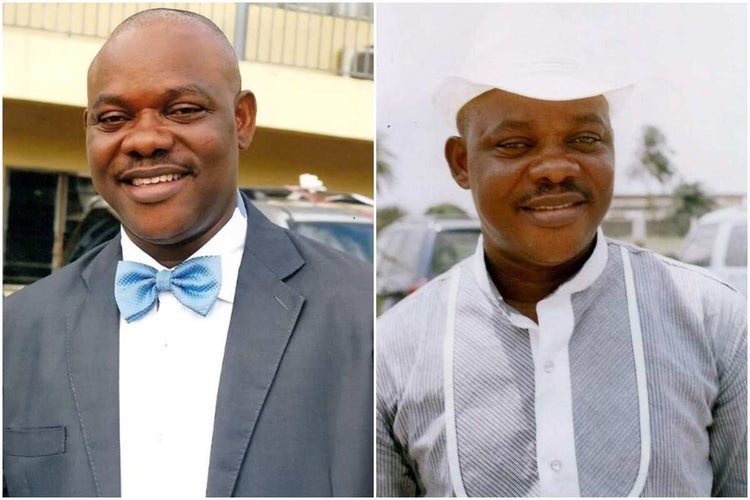 Nollywood started recording the deaths of its practitioners in 2020 with the death of actress Jennifer Omole who passed away on January 3, 2020.

Here are six Nollywood stars, who have passed away in 2020, from different tribes and sectors of the movie industry.

Nigerian actress, Jennifer Omole, passed on in Spain on 3rd January 2020, at the age of 33. She was buried the following evening at Villarejo de Salvanes, Madrid.

The sad news about Jennifer’s death was shared by her close friend and colleague, Uche Ogbodo, on Instagram.

Omole was a member of the Actors Guild of Nigeria, Spain chapter, where she was based although her friends revealed that she recently moved to the United Kingdom. She hailed from Edo State.

Before her death, Jennifer was a movie producer and CEO of JennisFilms Production Ltd. She produced “Stolen Vow” alongside Uche Ogbodo, Jibola Dabo, Daniel Lloyd and a host of other Nollywood actors.

“Stolen Vow” had UK, Spain, and Switzerland premieres with Uche Ogbodo and the late actress as executive producers.

Arigbabuwo was a veteran actor who featured in many Yoruba movies including Ogborielemosho and Bashorun Gaa, Odun Baku.

He had dedicated his life to the promotion of Islamic religion, especially in Ido local government area where he lived until his death. He was the PRO of the Muslim community in Apete-Awotan-Ayegun and environs in Oyo state.

The chairman of the Muslim Community in Apete-Awotan-Ayegun and environs, Abdulwaheed Amoo, confirmed his death and burial on January 14, 2020.

The actor who was popularly known as “Adedibu” or “Killer” in movies reportedly died in Umuahia, Abia State while attending a summit.

The deceased, who hailed from Ohafia in Abia State was the former public relations officer of the Actors Guild of Nigeria (AGN), Lagos chapter.

Monalisa Chinda-Coker defeated him to emerge AGN national PRO in an election held in 2019.

Dallas, who was renowned for his action roles in Nollywood movies, began his acting career in the early 90s. He often starred alongside Jim Iyke and Hanks Anuku in movies.

Some movies he featured include ‘Emotional Pains’, ‘A Night to Remember’, ‘Back II Back’, ‘Blind Love’, ‘Sweet Love’ and ‘Hit The Street’.

Veteran Nollywood actor, Kayode Odumosu, popularly known as Pa Kasumu died on the 1st of March 2020, after a prolonged battle with heart failure.

The renowned thespian died in a private hospital in Lantoro, Abeokuta in Ogun State.

Born Ilesanmi Olukayode Olugbenga Odumosu in Ibadan on March 16, 1953, the 66-year-old veteran began acting as a teenager.  His debut role was in 1968 in a stage play ‘Iyawo Orun’. In 1969, he featured in his breakout play titled ‘Omo Ekere’.

Pa Kasumu was a household name in the Yoruba movie industry until he went off radar when he was down with Biventricular Heart Failure in 2013.

In an interview with The Punch in December 2019, Pa Kasumu said that his sickness was of a spiritual nature.

The popular Yoruba actor said all he needed are fervent prayers and not financial aid from well-wishers and well-meaning Nigerians.

He said, “The doctors are just saying their own. They said I had a partial stroke. It affected my left side and to some extent, my sight”. In 2017, Pa Kasumu’s health worsened after he got back from a medical trip to India.

In 2016, the actor’s condition became so serious that members of his family moved him from his home in Abeokuta to his elder sister’s residence at Aseese, an Ogun community situated off the Lagos-Ibadan Expressway.

Odumosu admitted that his health worsened shortly after returning from India, where he had gone to receive treatment for a heart-related ailment that also affected his eyesight and memory, in 2015.

For over 6 months, Ajumoko was in a hospital in Sagamu Remo where he was diagnosed with Diabetes and Hypertension.

He solely treated the ailments quietly until things got worsen for him. He was later transferred to a private hospital located at Ibadan Garage, Ijebu Ode, Ogun State, where he died.

Dimbo Atiya who shared the news of his demise on Facebook said Matt passed on at around 7 pm “suddenly while he was filming on a set for an epic movie in a village near Keffi.”

Matt is popular for his role as Dareng in the African Magic series “Halita.”

However, controversial journalist, Kemi Olunloyo claimed the actor died because he had contact with someone who tested positive for Coronavirus at the AMVCA 7.