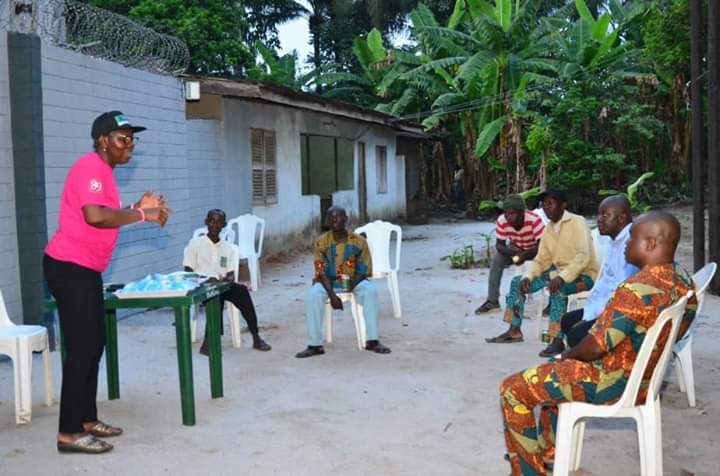 The training was necessitated by the low awareness of the deadly COVID-19 disease in the rural areas, which exposes a lot of lives to the danger of being affected by the disease.

Speaking at Ahannanyereugo Villa, Umuikea Emeabiam, venue of the training, Mrs. Akeredolu emphasized that there was a need for town criers, who are foot soldiers and information custodians, to be rightly informed on the outbreak, mode of transmission and the do’s and don’ts, to remain safe during this pandemic.

She further added that her effort is to complement the government’s efforts for the citizens to be well informed with the right information to curtail the spread of the deadly virus.

The commissioned town criers, who were trained in their local dialect, expressed enthusiasm to carry out their duties effectively as it concerns the outbreak in order to save lives in their communities.

The training proffered preventive measures such as social distancing, that is avoiding crowded places like church, mosque, wedding, burial, naming ceremony, market etc that it is safer to stay at home, regular washing of hands with soap, the use of hand sanitizers, avoiding handshakes, avoiding overloading of passengers both by motorists and motorcyclists, and adopting respiratory hygiene, among others, as the main content of the information dissemination by the town criers.

The town criers were later encouraged to periodically raise the awareness in their various communities in their local dialect in the best interest of their people.