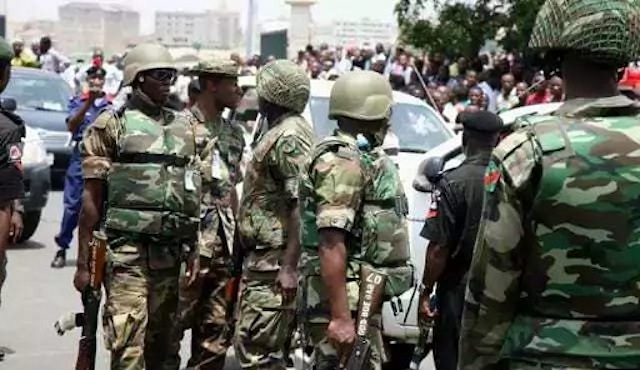 The lockdown in Delta State over coronavirus has claimed the first victim as a soldier killed a man in the state.

The police said the unidentified soldier shot dead the man on Thursday at Ugbuwangue community in Warri South Local Government Area (LGA) of the state.

Governor Ifeanyi Okowa had locked down the state in a bid to prevent coronavirus from entering.

It was the second day of the lockdown when the incident occurred.

Police authorities in the state confirmed the killing, saying they have begun investigation into the incident.

The Police Public Relations Officer, Onome Onovwakpoyeya, told Channels TV, that the details of the incident were unclear.

She said the victim was killed by a soldier and that it happened on Thursday “as I was told, and there is not much information yet.”

The Chairman of Warri South LGA, Mr Michel Tidi, said he had reported the case to the appropriate authorities, as he also attended a meeting held at the office of the Police Area Commander in Warri, over the incident.

Tidi said representatives of the Nigerian Army and other security agencies, as well as the community head and the head of the victim’s family were present.

He said they demanded that the soldier be prosecuted while assurances were given that the security official would be brought to justice.