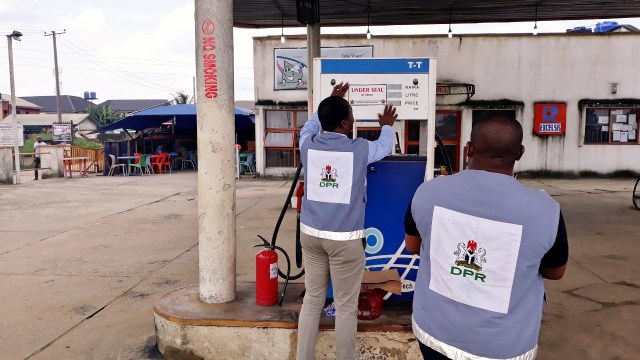 The Department of Petroleum Resources, Yenagoa, field office has sealed two petrol stations for acting contrary to laid down rules and regulations of the agency.

One of those sealed is Tamic petrol station for selling above federal government approved pump price of N125, adulteration of fuel with water and adjustment of fuel pumping machines.

The Operations Controller in charge of Bayelsa State, Mr George Ene-Ita, made this disclosure on after a surveillance visit to some Petrol stations in the state.

He stated that two filling stations were completely sealed for selling above the approved pump price of #125 per litre and under-dispensing of petroleum products to consumers.

However, he commended other petrol stations for adhering to the government regulated pump price of N125 per litre.

The DPR Controller warned that surveillance and enforcement of federal government rules and regulations are paramount to the DPR.