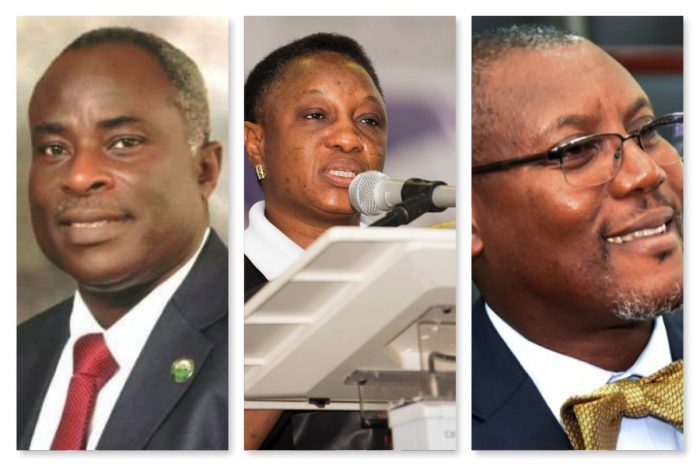 The three professors of College of Medicine University of Ibadan and University College Hospital, hit by COVID-19 are now free.

Professor Oluwabunmi Olapade-Olaopa, the Provost of the College and his deputy, Prof. Obafunke Denloye got the clean bill after second tests were conducted.

Both the provost and his deputy revealed on Monday they were in isolation after they tested positive for the virus.

“I wish to inform you that the Deputy Provost and I tested positive for the COVID 19 following tests done on Friday”, Olapade-Olaopa said on Monday.

“Although we are both asymptomatic, we have gone into self-isolation for 14 days whilst our contacts are being observed closely to determine if they should also be tested,” he added.

Otegbayo first made his status known on his official Twitter account @UchCmd, explaining how he found out he had the virus.

“On Monday 23rd March, we commenced a 12-man quarterly board meeting which was meant to last 5 days in the hospital.

“We observed social distancing and other precautionary measures for COVID-19 as much as possible.

“However, on Wednesday morning, one of us presented with what appeared to be symptoms of COVID-19.

“His samples were immediately taken for test and the meeting called off.

“His results returned positive on Friday morning and every participant (including me) immediately went into self isolation while our samples were also taken for test.

“Unfortunately, my result returned positive on Saturday afternoon. I remain in isolation as I am not symptomatic.