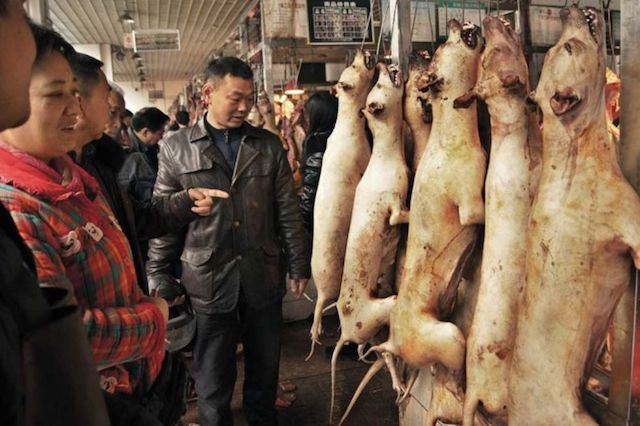 Shenzen, a city in China has banned the consumption and production of dog and cat meat.

It was the first city authority in the mainland to make the historic decision.

The city announced that a new law will come into effect on May 1, banning the killing of the animals.

The law, according to metro.co.uk, also covers wild animals.

Anyone caught breeding, eating or selling animals such as snakes and lizards could be fined up to 150,000 yuan about $21,000, it reported.

Animal rights activists for decades have been urging the Chinese Government to clamp down on the eating of pets.

Many of these animals are stolen from their families and are crammed into the back of lorries for days with no food or water before being bludgeoned, stabbed, poisoned or suffocated to death.

And some of these animals are suspected to be the vectors of viral diseases transferred to man.