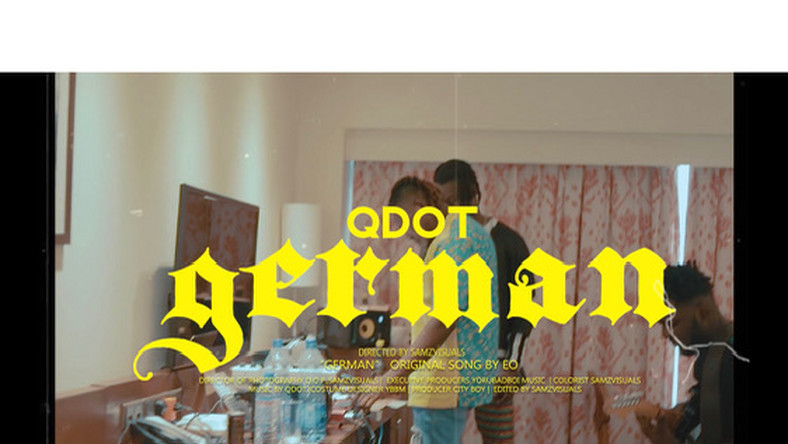 Nigerian musician Qudus Oluwadamilare Fakoya, popularly known as Qdot has released a new single titled ‘German’ together with the visual.

The song is English/ Nigerian rapper EO’s 2018 hit record of the same title, ‘German’, giving it an indigenous touch with a beautiful melody.

This is coming after his second release of 2020 Jaiye which is still making waves. The first single was Jekin Gbera.

‘German’ was produced by Hitmaker “Citi Boi” and the video was shot in Lagos by “Sam Visual”.