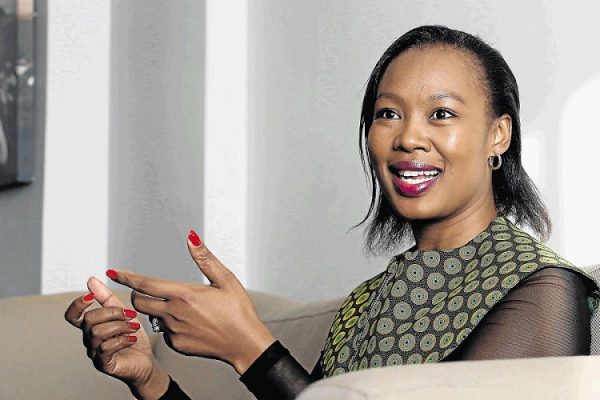 The sanction came after she was seen lunching at a friend’s house in violation of the coronavirus lockdown.

Ramaphosa ordered a three-week national lockdown to try to break the virus, which has infected 1,749 people, killing 13 of them, according to an official tally.

But a picture posted on Instagram on Sunday showed Stella, Communications and Digital Technologies Minister having lunch at the home of a former deputy minister.

She lunched together with five other people.

“President Ramaphosa has placed the Minister on special leave for two months,” the presidency said in a statement.

Ramaphosa has “accepted the minister’s apology for the violation but was unmoved by mitigating factors she tendered,” it said.

“The nation-wide lockdown calls for absolute compliance on the part of all South Africans,” Ramaphosa said.

“None of us -– not least a member of the national executive -– should undermine our national effort to save lives in this very serious situation,” said Ramaphosa. “No-one is above the law.”

Shortly after the president’s statement, Stella also issued an apology.

“I regret the incident and I am deeply sorry for my actions,” she said in a statement issued through her ministry.

“I hope the president and South Africans will find it in their hearts to forgive me.”

This was after she posted a video on her Instagram account, joking about how she was struggling to stay home.

Stella Ndabeni-Abrahams in February was caught in a controversy over spending public money to pay for her husband’s trip with her to Geneva.

She even ended up with eggs on her face when she failed to know that Geneva is part of Switzerland.