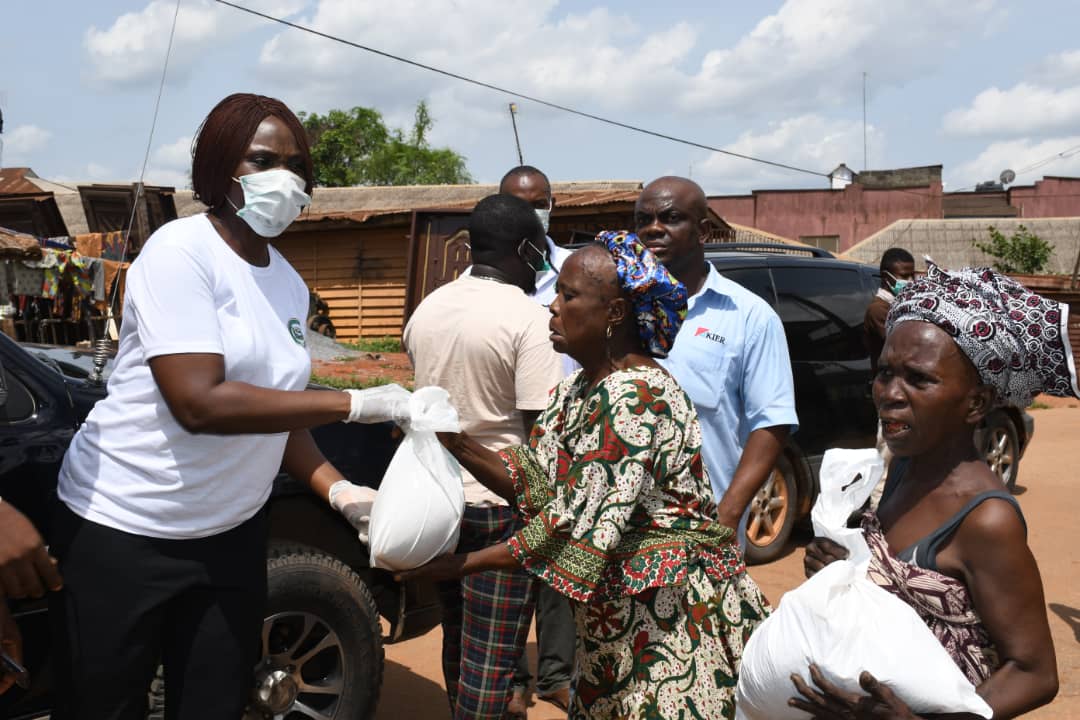 The Wife of the Governor of Ogun State, Mrs. Bamidele Abiodun has given succour to not less than five hundred indigent households that cut across four Local Government Areas in Ogun East Senatorial District of the state as her office distributed items that included rice, beans, semolina, wheat, spaghetti, macaroni, noodles, cooking oil, tomato paste, garri and food seasonings among others to further cushion the effect of the lockdown following the coronavirus pandemic.

The beneficiaries that comprised of the aged, the vulnerable and widows lauded the efforts of Mrs Abiodun in this respect, given the economic situations of most residents particularly as it regards feeding.

The beneficiaries were unanimous in their individual comments where they expressed solidarity with the First Lady, particularly in the area of providing for the needy and the less privileged in the society.

One of the beneficiaries, Mrs. Romoke Bello in Ososa, who was elated at the gesture, said, she had prayed for God’s favour and that, it manifested through Mrs. Abiodun.

Her view was buttressed by Alhaja Sadiat Shittu in Erunwon, who said she was not expecting the blessing and prayed that God would continue to bless the First Lady.

In his own comment, an octogenarian, Mr. Kayode Akinde of Okun Owa, while thanking Mrs. Abiodun enjoined her to continue the kind gesture and prayed for the success of the present administration of Governor Dapo Abiodun.

Meanwhile, the Wife of the Governor of Ogun State, Mrs. Bamidele Abiodun has reiterated her unalloyed commitment to the welfare of the poor and the vulnerable in the society and urged corporate individuals and organizations to complement the efforts being made as government alone cannot solely shoulder these responsibilities.