Buhari goofs big on Enahoro; Gowon pardoned him 54 years ago 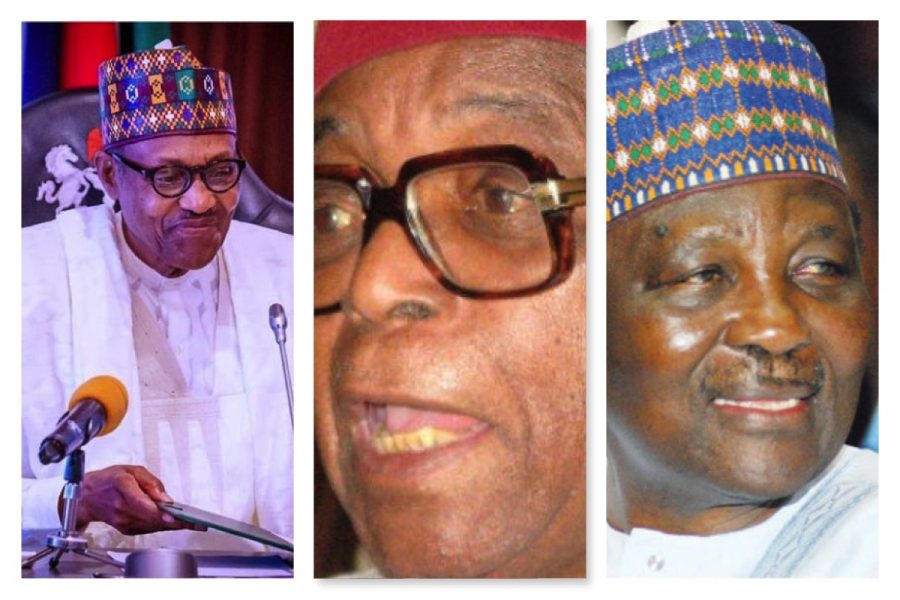 Buhari, Enahoro and Gowon- an error of a pardon

Anthony Enahoro, one of the posthumous beneficiaries, did not need the pardon.

The nationalist and politician was pardoned almost 54 years ago by the Gowon administration.

The pardon was gazetted on 12 August 1966 after it was signed by Lt.Colonel Yakubu Gowon, the head of state on 2 August 1966.

Gowon signed the instrument of pardon as “Head of the Military Government, Supreme Commander of the Armed Forces of the Republic of Nigeria”.

Enahoro was jailed for treasonable felony by the Balewa government in September 1963.

He was jailed along with Late Obafemi Awolowo, the former Governor of Lagos state, Lateef Jakande and the Ile-Ife born politician Michael Omisade.

Others jailed with them were Sunday Ebietoma, Effiong Oko Eyo and Samuel Akanbi Onitiri.

All the men were members of the Action Group, the opposition party.

They were tried for plotting to overthrow the Federal Government led by the Northern Peoples Congress.

Enahoro fled Nigeria via Ghana for Britain before the trial.

He became famously ‘the fugitive offender’.

He was later extradited by the British government of Harold Macmillan.

The extradition came amidst some furore in the British House of Commons and the press.

Enahoro, erudite newspaperman and parliamentarian was well known in Britain at the time.

But the Nigerian government requested his extradition under the 1881 Fugitive Offenders Act.

He was shipped home and tried with others.

They were charged with “offences of treasonable felony, conspiracy to commit a felony and conspiracy to effect an unlawful purpose.

At the end of trial, Awolowo, as leader of the Action Group was jailed 10 years.

Enahoro, Jakande and Omisade were jailed seven-years each.

They were all jailed in September 1963.

Three years after, a military coup happened on 15 January 1966.

The coup provoked a counter coup in July 1966.

The counter-coup brought the youthful Gowon to power. He was just 32.

It was Gowon that freed Awolowo, Enahoro, Jakande and all the others incarcerated for Nigeria’s first treason trial.

Gowon also invited Awolowo and Enahoro to join his government.

Awolowo served as Commissioner for Finance.

Enahoro was Commissioner for Information and Labour.

Gowon signed the pardon for the men and others, after their unexpired sentences were remitted by the Supreme Military Council.

(Read the GazetteFG Gazette on Awo, Enahoro and co)

On 9 April, when the superfluous pardon for Enahoro was announced by Minister of Interior, Rauf Aregbesola, scanty information was provided.

Enahoro was pardoned along with former governor of the old Bendel State, Professor Ambrose Alli and three others.

A government statement simply said: ” Prof Alli was the Governor of the old Bendel State in the Second Republic (1979-1983) and a great progressive, while Chief Enahoro was a foremost nationalist who moved the motion for Nigeria’s independence”.

P.M.News sent a message to Interior Minister, Rauf Aregbesola to clarify on which conviction the administration was granting pardon to Enahoro.

There was no response. 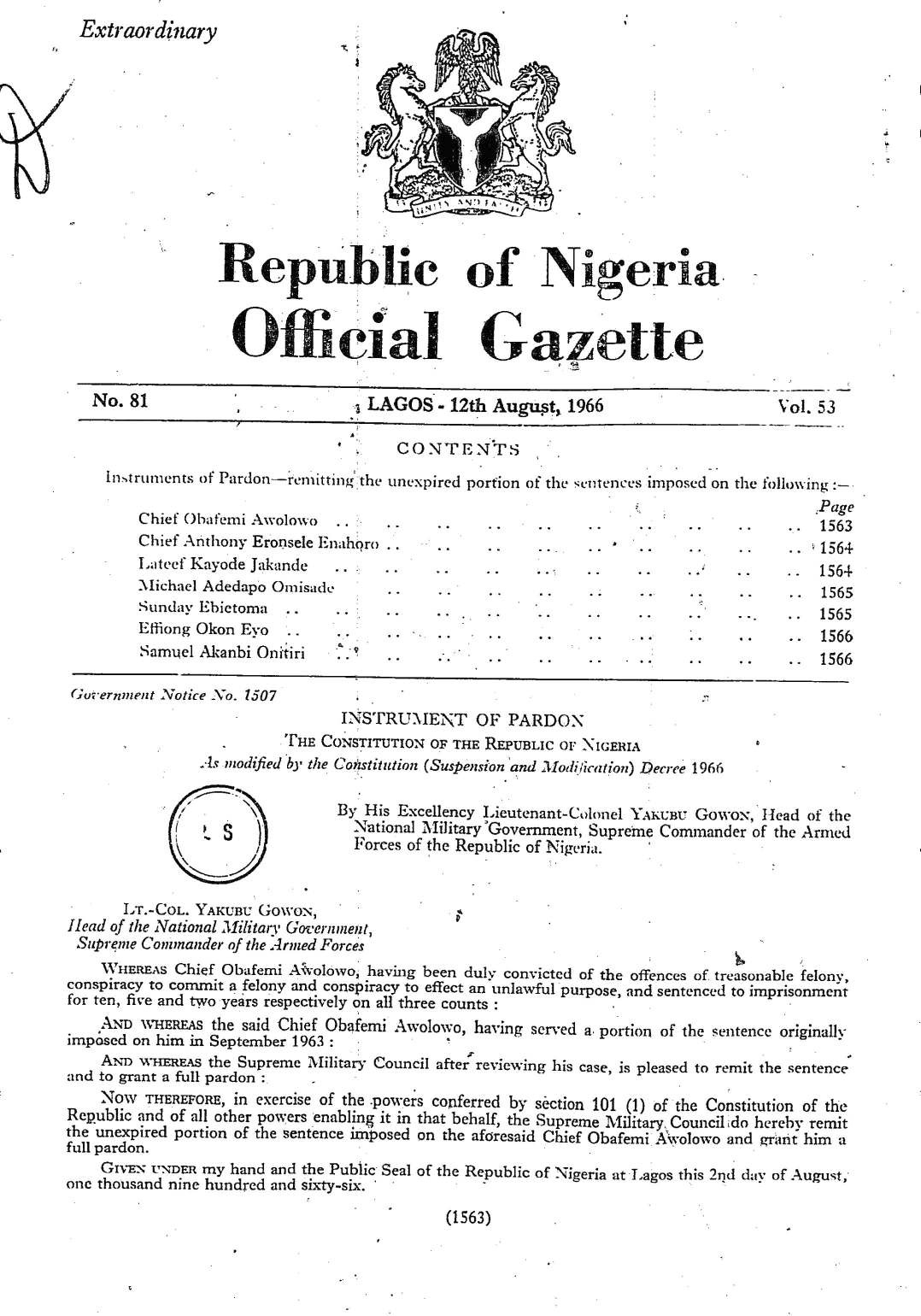 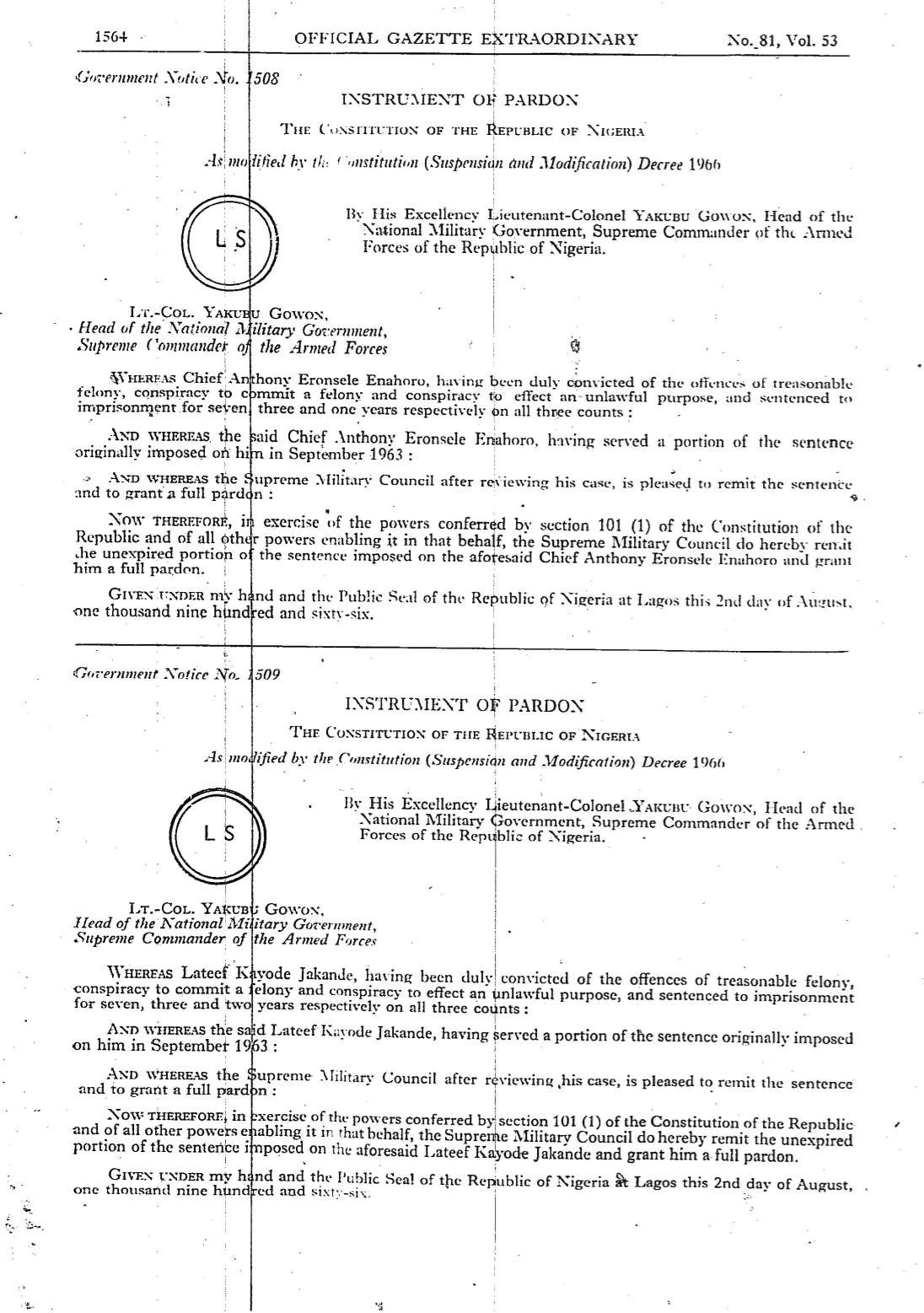 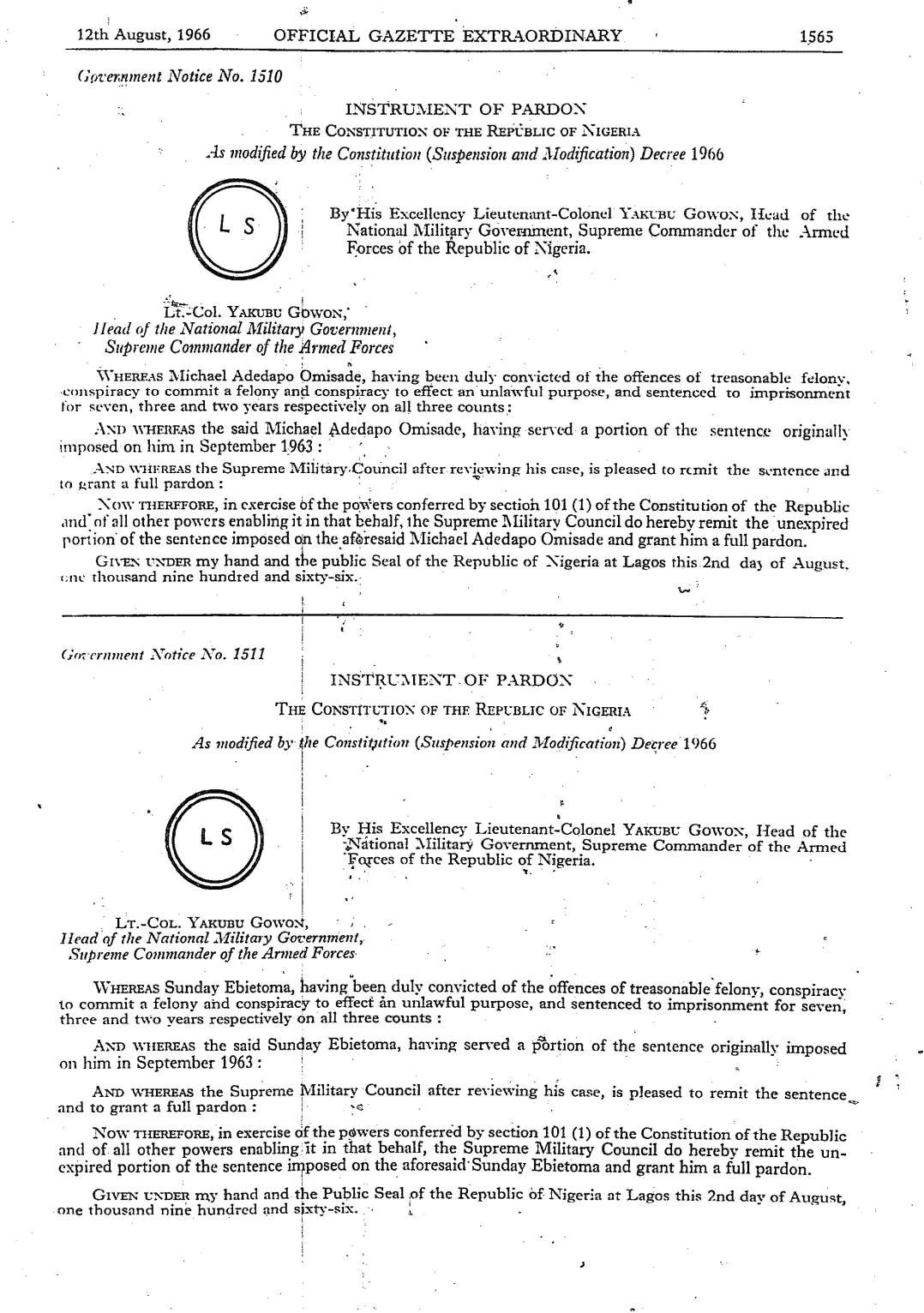 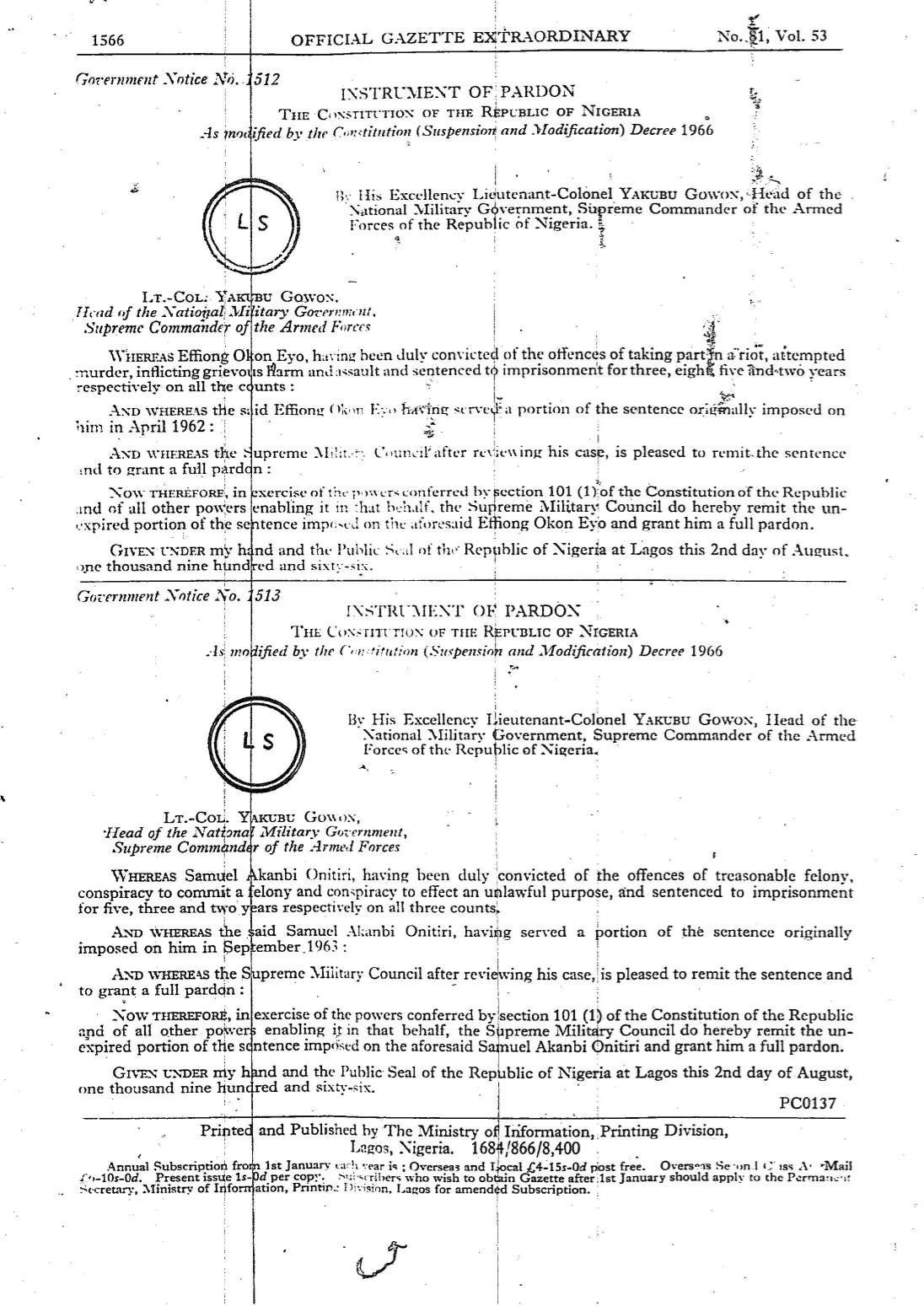