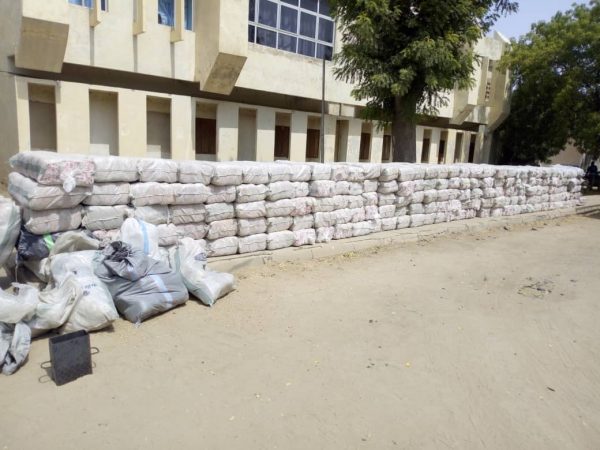 The Nigerian Customs Service (NCS) intercepted a Volkswagen Golf 3 car with Reg no. ABC 45 LP laden with 5 bags of suspected cannabis in Kaduna.

Baba Kolobe, the Deputy Comptroller in charge of  Northern zone and  Assistant Comptroller Customs, told newsmen on Wednesday in Kaduna.

Kolobe explained that the suspect was arrested through the intelligence gathered.

According to him, a  team of officers acting on a tip-off intercepted the car and its driver, Abubakar Aminu at Kwana Agishi village Giwa LGA of Kaduna State on April 8.

He added that on interrogation, the driver said that he was on his way to Batsari in Katsina State to deliver the 59kg of cannabis.

The driver, however, said he was hired by one Dan Maliki who jumped into the bush on sighting the officers.

“This is the third time l am being chartered to carry Indian hemp; first to Dayye and second to Dandume,” he said.

NCS officials handed over the five bags and the suspect to officials of the National Drug Law Enforcement Agency (NDLEA) in line with inter-agency collaborations.