IK Ogbonna reacts after Tory Lanez calls him out 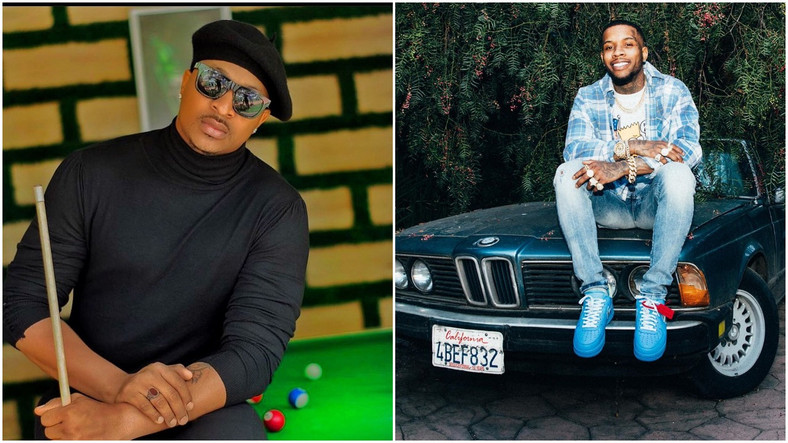 Nigerian actor and singer, IK Ogbonna has finally reacted after he was called out by Canadian rapper, Tory Lanez for continuously posting the Nigerian flag on his Instagram live.

The movie star took to his Instagram live on Tuesday, April 14, 2020, where he cleared the air over the incident on Tory Lanez’ Instagram live.

According to him, the reason behind the flags on Tory’s IG live was because he wanted to taunt those who were offended by his action.

”For me, there is really nothing for me to say, I just drop flags. The funny thing is that the way the whole flag thing started was that I was at Troy’s live and I posted a bunch of flags one time and at the other time, my other phone was getting a notification from Twitter,” he said

“It really didn’t mean much to me, I just found fun doing it but then again I think I’m enjoying it but Oga Troy says I should please stop dropping flags, so I need to respect his page.