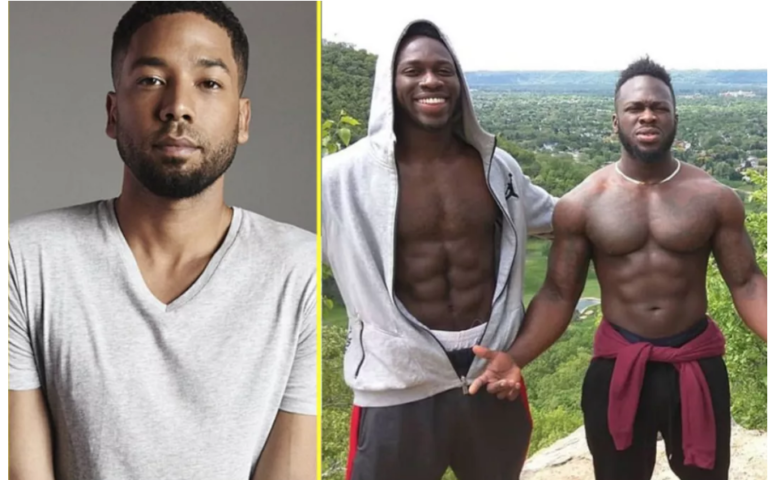 There are reports that Empire actor, Jussie Smollett was in a sexual relationship with one of his alleged attackers, Abel Osundairo.

The Osundairo brothers were named in the alleged attack on Jussie Smollett back in 2019.

PageSix reports that the two were frequent callers at an upscale Chicago gay bathhouse.

“They used to party together and he had a sexual relationship with [Abel]. They went to this affluent Chicago bathhouse multiple times and they had to show ID.

“It’s known as a bathhouse where a lot of affluent black gay men hang out. There should be a record [of their visits,” an insider told PageSix.

However, the Osundairo brothers, Abel and Ola have come out severely to debunk the notion that they are homosexuals.

In a suit filed against Smollett’s lawyers, the brothers say the comments put them and their family, who are Nigerian, at risk due to the country’s laws that state homosexuality is punishable by up to 14 years in prison.

“We have sat back and watched lie after lie being fabricated about us in the media only so one big lie can continue to have life. These lies are destroying our character and our reputation in our personal and professional lives.” the suit read.

Smollett was allegedly attacked in Chicago back in 2019 in what he termed was racially induced.

The ‘Empire’ actor was later indicted by a jury on a sixteen count charge for spearheading his own attack, a claim he has continued to deny.