House of Reps defaults in donating to COVID-19 fund 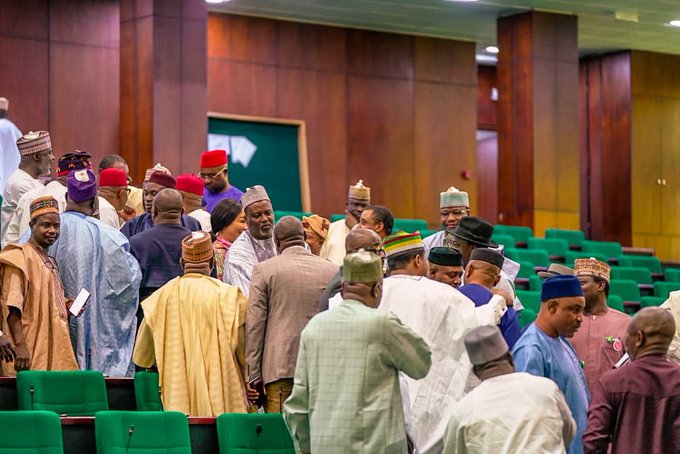 House of Reps after a session

Members of the House of Representatives have defaulted in contributing their March salaries in aid of COVID-19 fund.

This was despite the pledge by House Speaker, Femi Gbajabiamila that members would contribute March and April salaries into COVID-19 fund.

The Daily Trust reported that members would now begin donating their salaries from April.

Members reportedly blamed a communication gap between the Speaker and the Clerk of the House for the problem.

“The Clerk explained to the Speaker, that when the instruction for the deductions was given, it was late.

“The various banks have already prepared everything regarding the payment of salaries”,
said Solomon Maren (PDP, Plateau). .