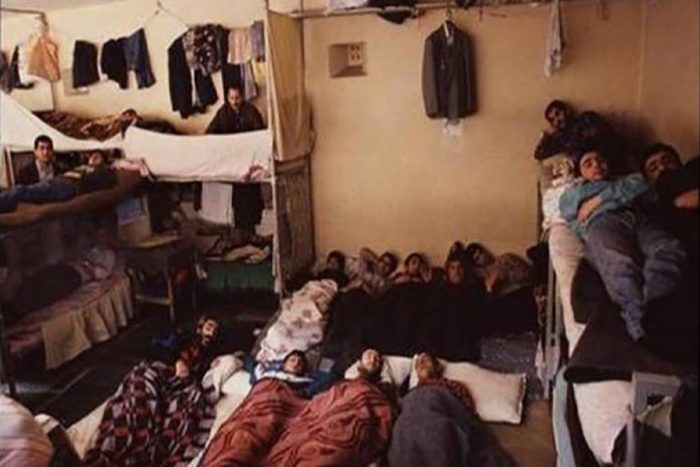 Turkey has started releasing thousands of prisoners to reduce the risk of spreading COVID-19 among the congested facilities .

Turkey’s ruling Justice and Development Party (AKP) and its ally Nationalist Movement Party (MHP) supported the bill that paved the way for the release of the 90,000 inmates, semi-official Anadolu Agency reported.

Justice Minister Albdulhamit Gul revealed there had been the first outbreak among the prisoners, with a total of 17 confirmed cases including three deaths.

In televised remarks, the minister said all cases were reported at open prisons, where there are usually minimum level of restrictions on the inmate movement.

Inmates in these facilities usually serve for light offences.

“We don’t have any cases in other (regular or high-security) prisons,” Gul said.

There are about 300,000 jailed in Turkey and the decision aims to reduce the prisoned population by nearly a third.

The government was already working since last year on a prison reform to ease the pressure on the penal system. There are also around 150,000 staff in the prisons at risk of being infected.

Several types of prisoners, including pregnant women, women with young children, the elderly with medical conditions, and those with limited sentences left to serve, will see early release on parole and house arrest.

But those with charges of terrorism, sex offences or drug-related crimes are excluded.

According to the bill, criminals with less than 10-year jail term will be sent to open prisons for a limited period of time.

“Enforcement is a difficult area to regulate.

“In this sense, offences that hurt the public’s conscience, such as sexual assault offences, narcotic crimes, murder in the first degree, violence against women and terrorism offences have been left out of the scope,” he said.

Turkey imposed a month ago strict measures to curb the spread of the virus, such as closing schools and shops.

The authorities also banned all public gatherings, stopped inter-city and air travels and imposed a mandatory confinement on citizens under 20 and over 65.

, where most of the people are obliged to stay at home.

The decision is made as the forecasted sunny weather will see large crowds outdoors.