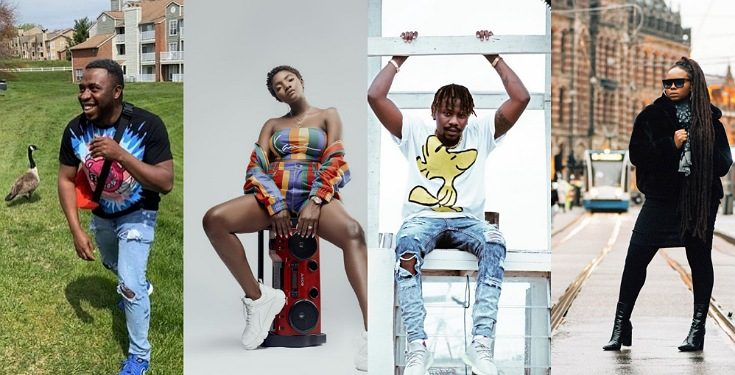 Ycee and Yemi Alade have reacted to the accusation leveled against them by popular Nigerian music producer, Samklef.

Ycee explained his side of the story while Yemi Alade shaded the music producer.

Samklef had taken to Twitter to call out some Nigerian music artistes.

He said some Nigerian artistes are proud and mentioned some names.

In a series of tweets, the music producer called out Ycee, Yemi Alade, and Simi.

Samklef explained that he once reached out to Ycee and he did not respond to him.

He stated that he met Yemi Alade in South Africa once and he greeted her but she decided to snub him.

He added that Simi snubbed his invite for collaboration after helping her music career.

Samklef said: “Simi wey I help support her from beginning. I come dey beg for Colab Anty no answer o.

Reacting to the accusation, YCEE said: “I’ve been making music since 2011 OG.

“You reached out to me to work with your artist not with you, at the time I was under management (which we all know how they were now)

“You’ve made several snide remarks about this and I have ignored Please I have mad respect for you baba.

However, Yemi Alade said:” A lot of people think the world revolves around them. DON’T BE BITTER, BE BETTER.”

Reacting to Yemi Alade’s reaction, Samklef wrote on Twitter: “Wait o! bitter ke? Say u sing pass Beyoncé or u get money pass Rihana with that ur male voice keep searching for Johnny.