Coronavirus deaths in US hit over 41,000 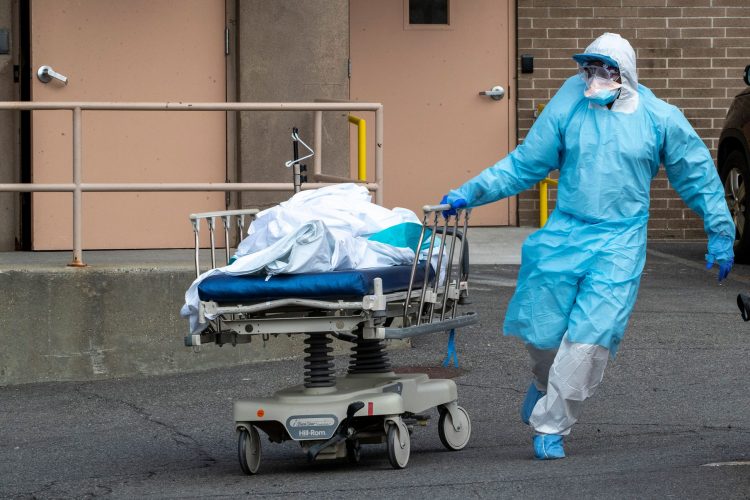 The total number of Coronavirus-related deaths in the United States has now surpassed 41,000.

According to Johns Hopkins University, US now has 41,379 Coronavirus deaths.

The US university – which has been tracking the outbreak since shortly after it erupted in China late last year – says there are now more than 746,000 confirmed infections across America, with the New York state being the worst-hit.

On Sunday, protesters took to the streets in states across the US, demanding that governors reopen economies shut by the pandemic.

But the virus has slowed in New York, the epicentre, according to its governor, Andrew Cuomo on Sunday.

The downward trend in coronavirus hospitalisations comes as a welcome relief for New York where nearly 14,000 people have died, including 504 people in the last 24 hours.

“If the data holds and if this trend holds, we are past the high point, and all indications at this point are that we are on a descent,” Cuomo said during his daily news conference.

Cuomo warned that things in his state will not return quickly to pre-pandemic conditions.

“The beast is still alive and the beast can rise up again,” he said, cautioning against easing lockdown measures too soon.

U.S. states are now looking to see when and how they can reopen their economies while preventing a second surge in coronavirus cases.

Governors in several states are saying they worry about reopening their economies from coronavirus shutdowns if testing is still not at the level needed to ensure early identification of resurgent outbreaks.

The lack of testing is “probably the number one problem in America, and has been from the beginning of this crisis,” Maryland Governor Larry Hogan told CNN on Sunday.

Deborah Birx, a key public health official, told CBS the federal government was working to expand testing, conceding that researchers from Harvard University are estimating half a million tests a day are needed to correctly deal with the pandemic.