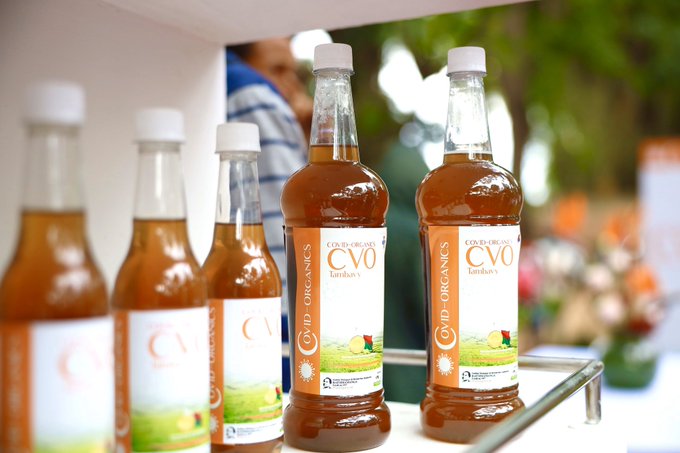 The COVID-Organics made in Madagascar not for free

Madagascar has launched a drink that it touts as a remedy to prevent coronavirus infection and cure it.

President Andry Rajoelina launched the product in Antananarivo on Monday and drank a bottle of the drink called “Covid Organics” or CVO.

It is a green leafy plant that emits a striking odor and is also used for malaria.

Rajoelina said the drink is effective against the virus as it strengthens the body’s immune system.

In a tweet, he said the drink will be distributed free of charge to the most vulnerable compatriots and sold at very low prices to others.

“All profits will be donated to IMRA to fund scientific research. Let us believe in our ability to cope and move forward”, he said.

IMRA has developed more than 50 products by combining traditional medicine and modern sciences, since it was founded.

Madagascar has 121 novel coronavirus cases and no reported deaths as of Monday afternoon.

The country declared a national emergency after the first confirmed cases emerged on March 20.

Under the emergency, major cities such as Antananarivo, Fianarantsoa and Toamasina were locked down.

However, on Monday Rajoelina ordered some restrictions eased in these major cities.