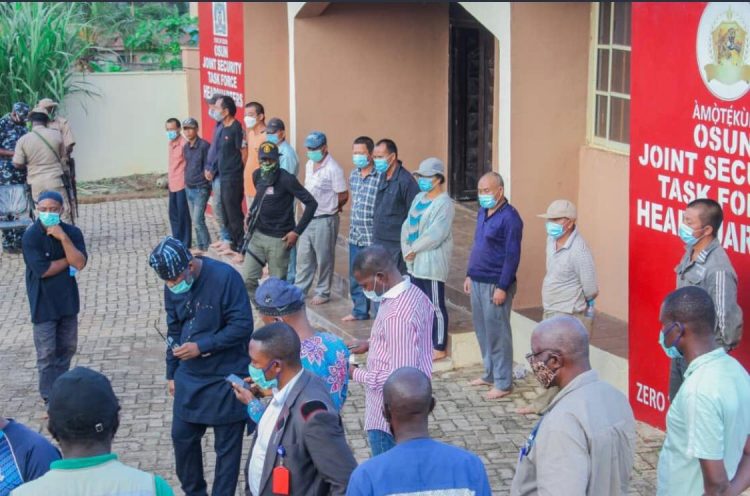 The Osun Joint Task Force charged with fighting assorted crimes, has apprehended 27 persons suspected to be illegal miners in the state.

Mr Abdullahi Binuyo, the Deputy Chief of Staff to Gov. Gboyega Oyetola, who disclosed this on Sunday in Osogbo, said that the suspects comprised 17 Chinese nationals and 10 locals.

Binuyo said that the suspects were arrested following a coordinated sting operation in Ilesa and Ife areas of the state.

The official said that government would not fold its arms while its land was being degraded by unauthorised persons.

“Aside the economic leakages, the illegal miners have also polluted the Osun River with poisonous metals, thereby making it unsafe for human consumption and irrigation.

“We intend to prosecute them and also make sure they pay compensation.

“As part of government’s economic reforms, solid mineral is a major sector we are exploring. For these reforms to work, it has become imperative to stop illegal mining and step up enforcement activities. The result is what we are witnessing today.

“These people neither have genuine mining licences nor are they registered with the government.

“What they claim to have is Exploration Licences; that does not permit them to mine the way they are doing.

“So, we will prosecute them and make them pay damages.

“Apart from flouting government’s order to stay at home so as to contain the spread of COVID-19, they have created environmental disaster for us by poisoning our river which is a major public health concern,” he said.