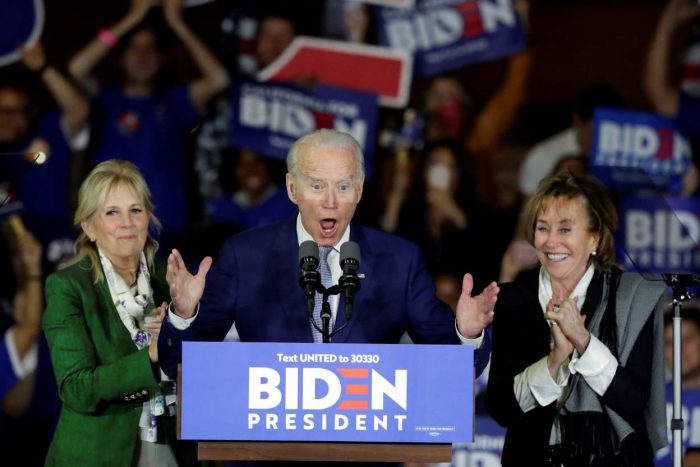 Joe Biden has won a Democratic presidential primary in Kansas conducted wholly by mail because of the Covid-19 pandemic.

Joe Biden had been likely to prevail in Saturday’s vote and get a majority of the state’s delegates to take forward to the Democrats’ national nominating commission.

The US presidential vote and congressional elections are scheduled to take place on 3 November. The Republican party is expected to propose Donald Trump for a second term.

Earlier, Biden has become the presumptive Democratic nominee due to his victory in the primary elections after Bernie Sanders suspended his campaign and endorsed Biden.

The parties are scheduled to officially nominate their candidates at party conventions in August.