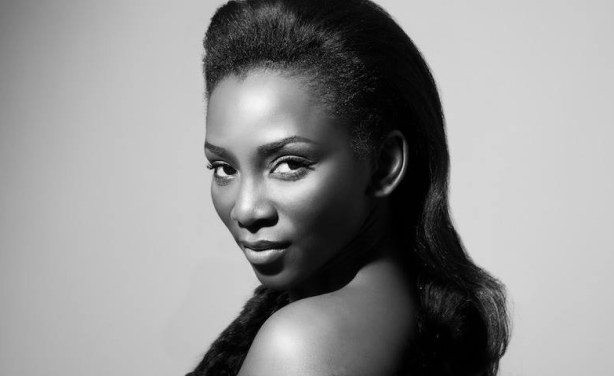 Genevieve Nnaji, actress, movie director and producer, who turned 41, earned the encomiums and well wishes of Nollywood stars on Sunday as they celebrated her.

Funke Akindele, Sola Sobowale and Rachael Okonkwo were among the stars who felicitated with Nnaji.

They all prayed for Nnaji’s success in all endeavours.

Similarly, Sobowale, with a display of Genevieve Nnaji’s picture on her page wrote: “I congratulate you for all you have accomplished, today another year has been added on to you.

”In this new age, you will say there is a lifting up. May the divine joy and peace of the Lord continue to abide in you. May He renew your strength and grant the desires of your heart.

Rachael Okonkwo wrote: ” Happy birthday to you my legendary Genevieve Nnaji. Thanks for being a huge inspiration and role model. May God continue to keep you in wisdom and good health.”

The ageless Genevieve Nnaji blazed the trail in the movie industry by winning the Africa Movie Academy Award for Best Actress in a leading role in 2005.

In 2011, she was honoured as a member of the Order of the Federal Republic by the Nigerian government for her contributions to the film industry.

Nnaji’s directorial debut movie, ‘Lionheart’, was the first Netflix original from Nigeria and first Nigerian submission for the Oscars.

She had starred in over 200 Nollywood movies, since she began appearing in movies at the age of 19.

Nnaji was born in Mbaise, Imo State, the fourth of eight children of the family.

However, she grew up in Lagos.

She attended Methodist Girls College in Yaba, Lagos and went on to attend the University of Lagos. She graduated with a bachelor’s degree in creative arts.

While at the university, she began auditioning for acting jobs in Nollywood.

But her acting career predated Nollywood. She had starred as a child actor in the then-popular television soap opera Ripples at the age of 8.

In 1998, at the age of 19, she was introduced into the growing Nigerian film industry with the movie Most Wanted.