Serie A stars resume training amid suggestion of neutral venues 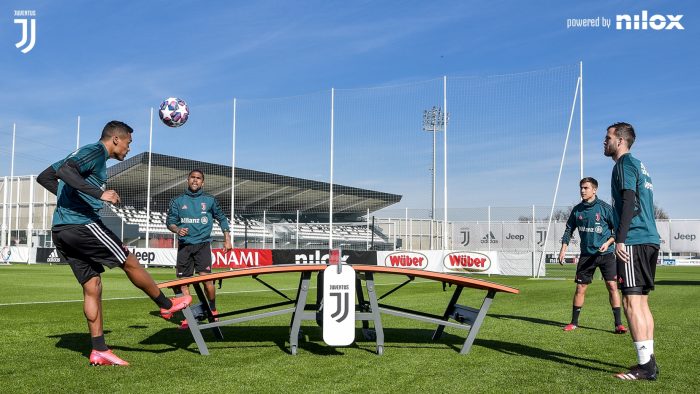 Players at Serie A champions Juventus were among those who returned to training following the coronavirus stoppage on Tuesday amid suggestions that matches could be played at neutral venues if the league restarts.

Some players were filmed and photographed arriving for individual training sessions including midfielder Aaron Ramsey, defender Daniele Rugani — one of three Juventus players to have tested positive for COVID-19 in March — and captain Leonardo Bonucci.

Bonucci was pictured driving a red Ferrari and wearing a mask as he arrived.

Bologna and Atalanta both said in statements that some of their players had begun training on an individual basis while Sassuolo and Lecce players had started on Monday.

“These are individual sessions in accordance with the requirements of the government’s guidelines. Training will continue in the same way in the coming days,” said Bologna.

The Italian government on Sunday confirmed that professional athletes in both individual and team sports could start training.

However, it is still far from certain whether the government will allow Serie A to complete the season.

The FIGC has drawn up a detailed protocol for team training but it was criticised as insufficient by sports minister Vincenzo Spadafora last week.

There have been some suggestions over the last month that matches should be held at neutral venues in less-affected regions to cut down on travelling and reduce the risk of infection.

Earlier on Tuesday, the mayors of Cagliari and Palermo both said in separate radio interviews that their cities would be happy to host Serie A matches as neutral venues.

“We are ready to host the matches if possible, obviously behind closed doors.

“It would be an honour for Cagliari and an opportunity to help the entire economic fabric that is suffering today,” said Cagliari mayor Paolo Truzzu.

“Once you are behind closed doors, all stadiums are pretty much the same.

“We are so eager to get going again that our athletes are ready to accept a very long training retreat so they can limit traveling and contact,” he told Radio 24.

Parma and Sampdoria are expected to start training on Wednesday, AS Roma, Lazio, AC Milan and Inter Milan on Thursday and Napoli on Friday. (Reuters/NAN)