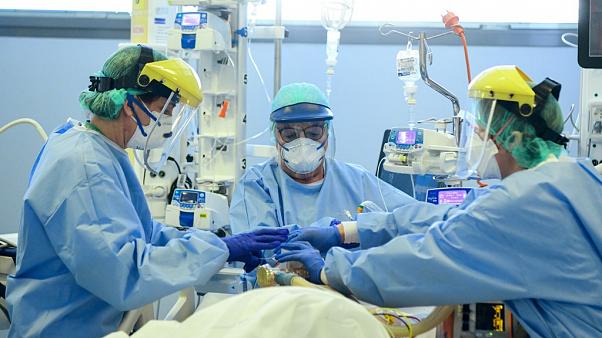 The Bauchi State Commissioner for Health, Dr Aliyu Maigoro, says 12 medical officers in the state have been infected with coronavirus.

Maigoro made the disclosure at a news conference on Saturday in Bauchi.

He, however, said that no death had been recorded so far among all the affected medical officers.

“As at today, we have 12 medical officers in the whole of Bauchi state who have been infected with COVID-19.

“Six of them are in Azare, headquarters of Katagum Local Government Council of the state, while others are here in Bauchi

“Let me, however, tell you that we have not recorded any death among these medical workers,” the commissioner said.

While speaking on patients fleeing isolation centres in some states, Maigoro said the state’s surveillance team had a link with other states, saying this would make it easier to trace and take such people back to isolation centres.

“We have a link between Bauchi and other states; our surveillance team has a link; if you escape, they will give us your contact, which we will use to trace you.

“There is inter-state synergy; we have just apprehended a contact from Taraba State, who came to Bauchi and he is being isolated.

“Wherever you are, once we have your address, we are going to get you, because if we don’t, you are going to infect other people in the community,” he said.