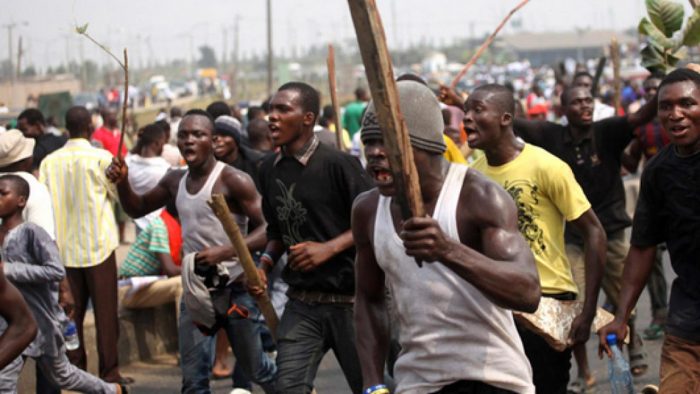 Adamawa Police Command on Sunday confirmed the killing of three suspected criminals by a  mob in Yola, the capital of the state.

DSP Suleiman Nguroje, Spokesman, Adamawa Police Command said that the three persons were suspected members of group called Shila Boys.
Nguroje said that the incident occurred at 9.00p.m. on Saturday in Nassarawo area of Jimeta.
”We received a distress call  that Shila Boys attacked and robbed some people and were later attacked by a mob while attempting to escape.
“Our personnel, who arrived at the scene later, met the suspects in a pool of their blood; they were taken to a hospital where medical officers confirmed them dead,” he said.
The police spokesman said that the group, mainly made up of young men of  ages of 15 to 25, disguise as commercial tricycle operators within the city.
“They take passengers and rob them in the process, they  use dangerous weapons to attack and rob their passengers,” he said.
Nguroje said that although no arrest had been made, the state  commissioner of police had directed a thorough investigation into the matter.
Tags: