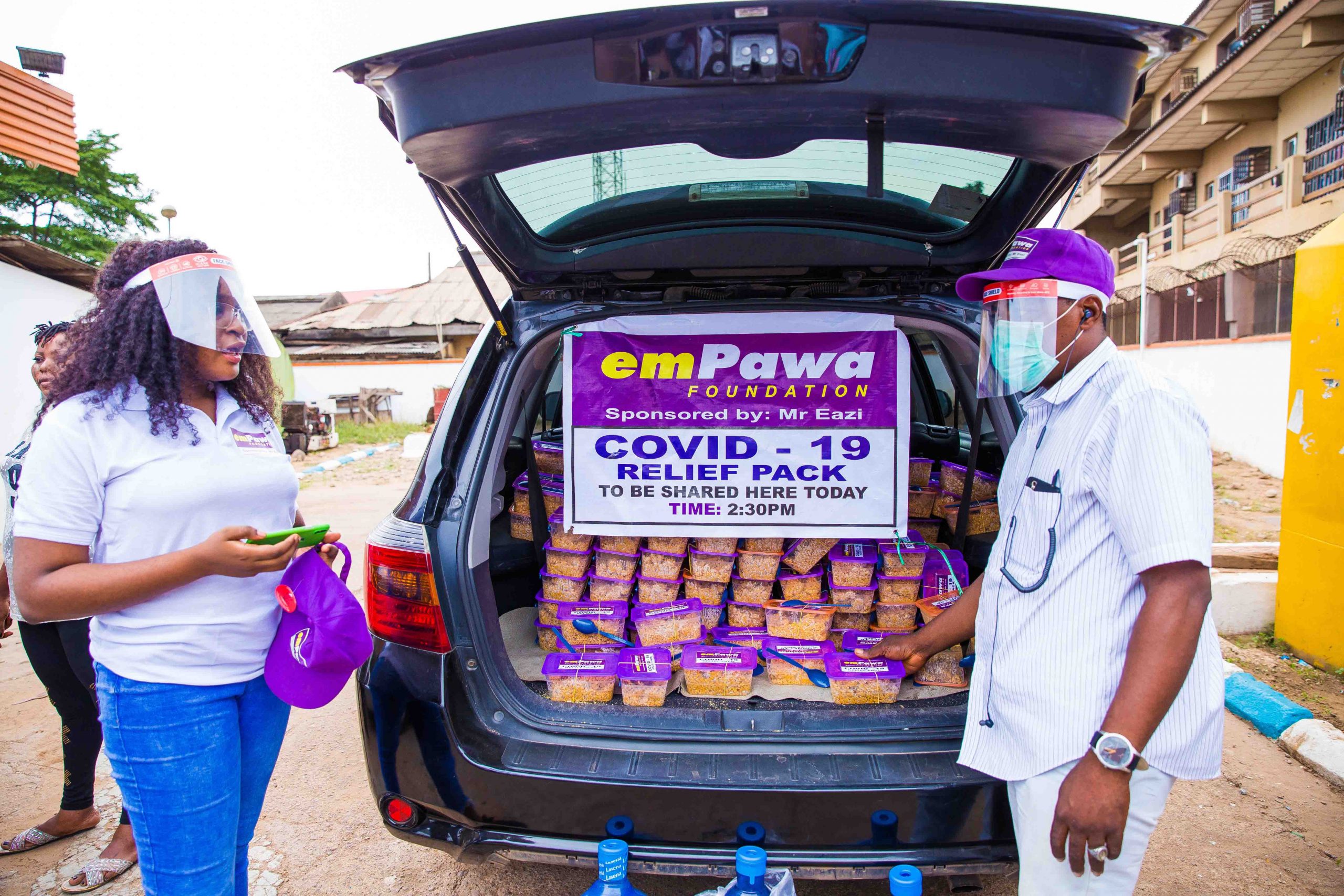 Nigerian artiste Oluwatosin Oluwole Ajibade also known as Mr Eazi has donated relief packages to residents of Lagos and Ogun States during the COVID-19 lockdown as a way giving back to his communities.

The 28-year-old singer, through his foundation – Empawa Foundation, donated food items to residents in Sango Ota in Ogun State.

The foundation also visited Little Saints Orphanage in Lagos to support vulnerable children with food items and gave out meals to the less privileged in Agege, Lagos state.

The Chief executive officer, Empawa Africa said he is committed to sponsoring 3,300 meals in collaboration with the Food Bank Lagos, for some of the most vulnerable people in Lagos, and work with other organisations across Lagos and Ogun State to provide 10,000 meals.

This is not the first time Mr Eazi will be giving back to communities. ‘Skin Tight’ singer recently completed some water projects in Owode, Iwoye & Ayetoro in Ogun State.

From sold-out concerts to making huge streaming revenue, Mr Eazi can be said to have successfully cracked the code on how effectively break into the international market. But the singer with all of his success hasn’t forgotten his roots and humble beginnings.

According to him, the support of his fans gave him the means to give back.

The Banku Music boss was listed in Forbes Africa’s 30 under 30 revolutionary thinkers in April 2020.

Mr. Eazi’s Empawa Africa has been responsible for the breakthrough of artists like Guiltybeatz, J Derobie, and Nigeria’s Joeboy among others.