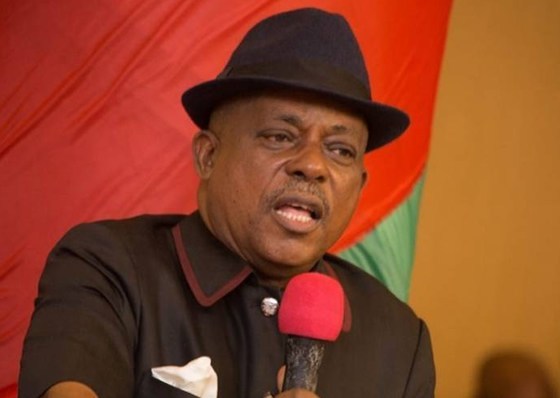 The National Working Committee, NWC, of the Peoples Democratic Party, PDP, at the weekend nullified a purported congress held in Ogun State by some members of the party.

The NWC, in the statement jointly signed by the National Chairman of the party, Prince Uche Secondus and the National Secretary, Sen. Umaru Ibrahim Tsauri said: “The attention of the National Working Committee (NWC) of the Peoples Democratic Party (PDP) has been drawn to some media publication, especially, the online media concerning a purported inauguration of certain unknown persons as State Officers of the Party in Ogun State on Friday, May 8, 2020

“We want to advise members of the public, especially, the teeming members of our great Party in Nigeria and Ogun State in particular, that the Peoples Democratic Party has not conducted any congress for the election of the Party officers at any level of the Party: Ward, LGA Chapter and or State, in Ogun State”

The NWC also said the decision was taken in order to allow rule of law to prevail.

“This is in obedience to the interim order made by His Lordship, Hon. Justice Inyang Ekwo, in Suit No. FCT/AB/ CS/208/2020 on March 4, 2020 directing the maintenance of the status quo until the hearing of the motion on notice which is still pending on account of the disruption caused by COVID-19”

According to him, “the said Congress is nothing but a sham and scam. Where was the Congress held? A normal State Congress should have nothing less than one thousand delegates, that is one thousand people must converge in order to have a state Congress – the lockdown and restriction of gathering of over twenty people is also in place”.