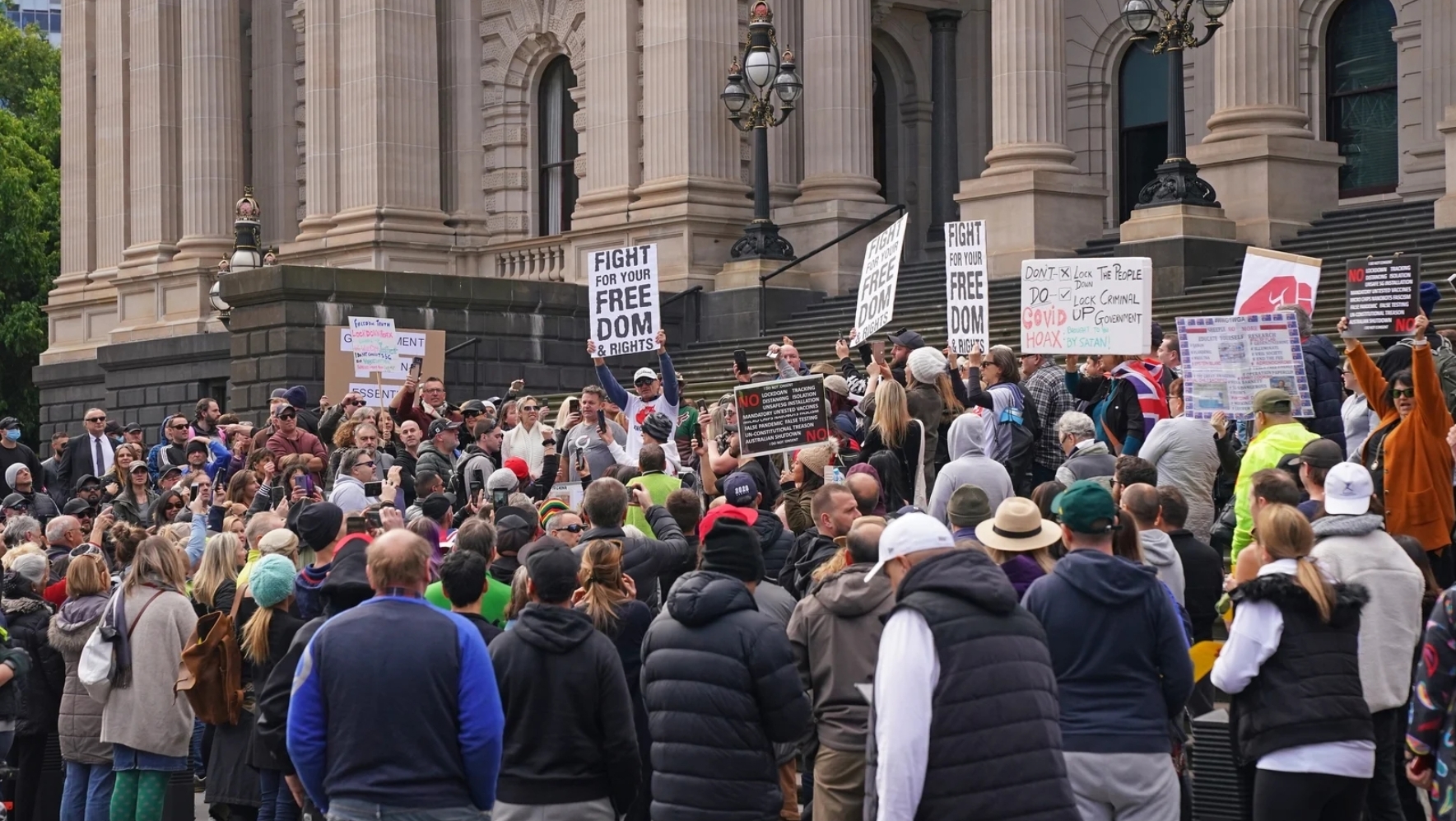 Australia Medical community representatives on Monday, accused protesters who broke the law of social distancing restrictions, of jeopardising an early relaxing of restrictions.

Hundreds of demonstrators hit the streets in the state of Victoria on Sunday, calling for an end to the lockdown.

However, Head of the Australian Medical Association, Dr Tony Bartone, told ‘The Today Show’ that the protesters, in fact, risked prolonging social distancing laws by potentially spreading the disease, describing it as an “incredibly disappointing”, and “bizarre” incident.

“By that grouping of those protests over the weekend, we just need one person to be positive and spread the virus, and then we’re on the backward step already,’’ Bartone said.

“If we have to isolate again and (implement) those measures of social distancing right from the beginning, it’s actually going to be even harder and much more prolonged the second time around.”

Ten people were arrested at Sunday’s protest, most for failing to adhere to distancing regulations.

However, four will be charged with offences related to assault of a police officer after one of the officers in attendance was hospitalised with an apparent rib injury.

“Victoria Police made it very clear that if a planned protest was to proceed it would be in direct contravention of the chief health officer’s current directives,’’ the Police said in a statement.

“While Victoria Police respects the public’s right to protest, the health and safety of every Victorian need to be our number one priority at this time.’’

Australia’s Chief Medical Officer, Prof. Brendan Murphy, asked Australians to take responsibility for stopping the spread of COVID-19 and said that those who break social distancing rules should be held accountable.