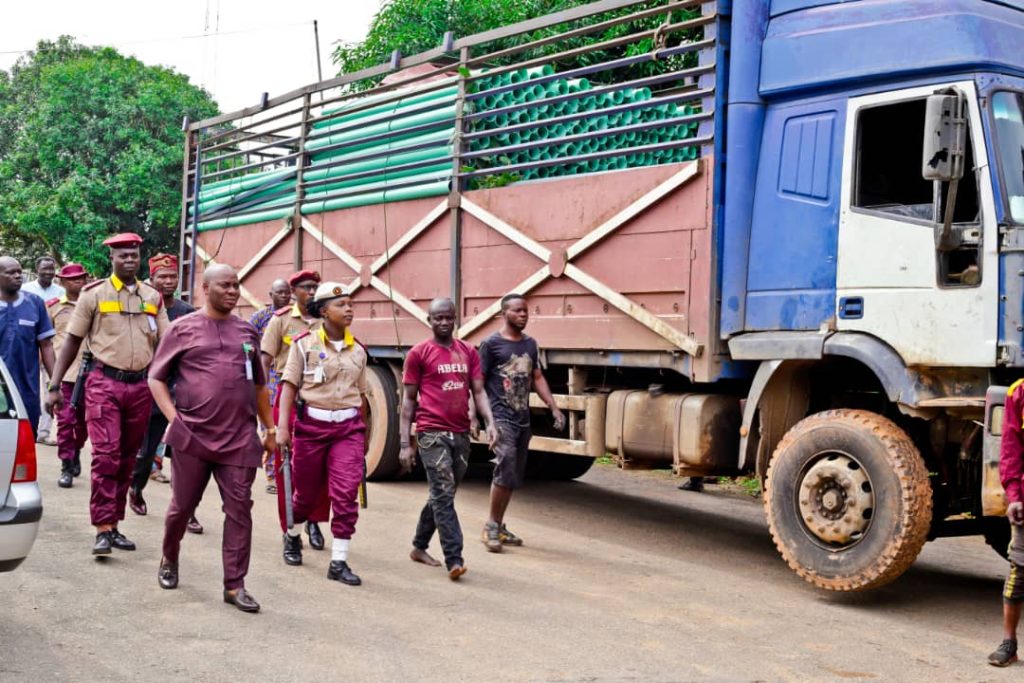 Suspected impostors and unauthorized individuals who impound vehicles illegally have been arrested by a joint security team comprising of Operatives of the Oyo State Road Transport Management Authority (OYRTMA), men of the Nigeria Police and other security agencies.

According to a statement by the Executive Chairman, OYRTMA, Dr. Akin Fagbemi, yesterday, the ring leader of the group, who parade themselves as agents of the State Government and six others were arrested in Oluyole Local Government Area during the surveillance team’s covert operation on May 12, 2020.

The statement read, “We have received several complaints from the public, particularly those involved with haulage and usage of heavy-duty vehicles as regards the unauthorized seizure and impoundment of their vehicles by suspected impostors and unauthorized individuals parading themselves as agents of the State Government”.

“This prompted our surveillance team to beam searchlight on the local government areas identified to be the hideout of the criminals who had generated millions of Naira to their private pockets without government’s approval”, he added.

He said, “The Oyo State Government under His Excellency, Engr. Seyi Makinde has warned persons or groups impersonating the State Government by engaging in unauthorized impoundment of heavy and light-duty vehicles under the disguise of working as agents of the Oyo State Road Transport Management Authority (OYRTMA) or the Local Governments/LCDAs”.

“They rake unremitted sums amounting to millions of Naira from the hardworking and unsuspecting members of public through exorbitant fines ranging from #400,000 to #500,000 per vehicle”, he said.

Fagbemi revealed that the syndicates’ towing van has been impounded, adding that they have since been handed over to relevant security agencies for further investigations and sanction.

While Fagbemi implored the general public to contact OYRTMA’s headquarter when such unauthorized activities are noticed, he also warned impersonators to desist from such illegal acts or be ready to face the full wrath of the laws of Oyo State.