China locks down city of Jilin over 6 coronavirus cases 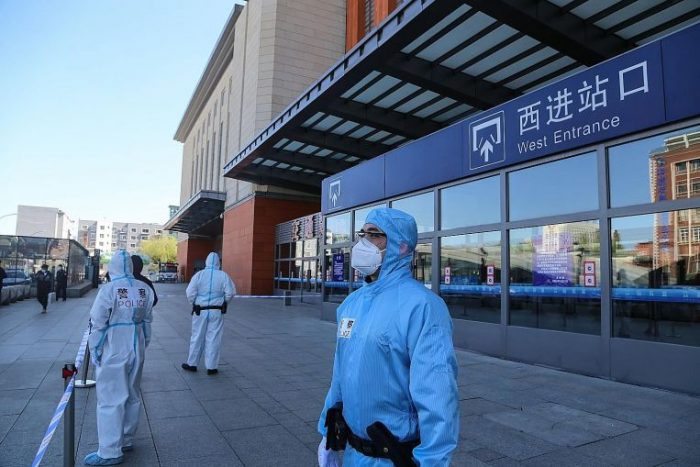 City of Jilin under lockdown

City of Jilin in the northeastern part of China has partially shut its borders, cut off transport links and closed schools.

This followed the emergence of a local coronavirus cluster that has fuelled fears about a second wave of infections.

Jilin, with a population of more than four million, suspended bus services Wednesday.

It said it will only allow residents to leave the city if they have tested negative for COVID-19 in the past 48 hours and complete an unspecified period of “strict self-isolation”.

Pharmacies must report all sales of fever and antiviral medicines, the local government said in a statement.

The city is located in the eponymous province of Jilin, which borders Russia and North Korea.

A cluster of infections was reported in the suburb of Shulan over the weekend.

Jilin’s vice mayor warned Wednesday that the situation was “extremely severe and complicated” and “there is major risk of further spread”.

The city recorded six new cases on Wednesday, all linked to the Shulan cluster, bringing the total number of cases connected to a local laundry worker to 21.

Shulan shut down public transport including trains leaving the city on Sunday.

The city announced Wednesday that schools that had reopened in recent weeks would have to shut again, with students returning to online learning.

Final-year high school students across Jilin province returned to campuses on April 7 after months at home, while some younger students had been scheduled to resume classes this week, according to CCTV.

Meanwhile, Jiaohe, another area of Jilin city, put out an urgent call for all attendees of a wedding connected to one confirmed case to alert local authorities and isolate themselves at home immediately.

One patient confirmed on Monday had recently driven two wedding photographers to Jiaohe, where a celebration was being held in a hotel, the local government said in a social media post Tuesday.

China has largely brought the virus under control, but it has been on edge about a potential second wave as it has lifted lockdowns across the country.

The emergence of new cases in Wuhan in recent days, after weeks without fresh infections, has prompted a campaign to test all 11 million residents in the city where COVID-19 first emerged late last year.