Gov Makinde expresses shock over death of his loyal friend 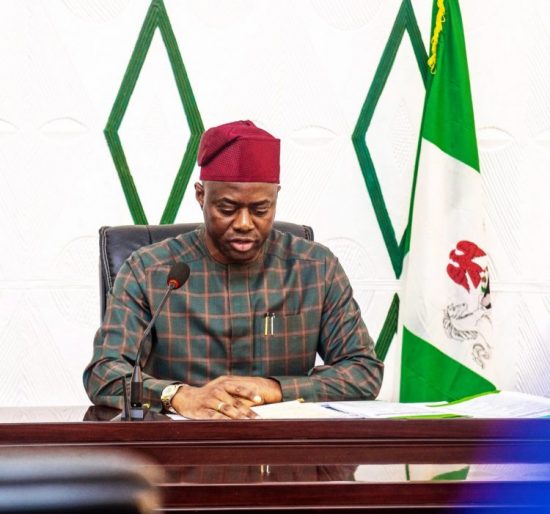 Gov. Seyi Makinde of Oyo State on Thursday expressed shock and sadness over the sudden death of his ‘loyal friend’, Kehinde Ayoola.

Until his death, Kehinde Ayoola was the Commissioner for Environment in Oyo State. He passed away on Thursday morning.

However, in a statement released on Thursday, Makinde noted that he received with deep sadness the news of the demise.

“I met late Rt. Honourable Ayoola in 2002, when we worked together as members of the Fortune Group for the election of Sen. Rasheed Ladoja.

“He was a loyal friend with a dedication to duty that cannot be questioned.

“He will be surely missed for his great oratory skills and his love for the people of Oyo town and the state in general.

” May his soul rest in peace,” the statement quoted the governor.

Makinde, however, prayed that God would grant the late commissioners’ wife, children, the cabinet, the government of Oyo State, the Peoples Democratic Party (PDP), and the entire people of the state the fortitude to bear the loss.

The governor also recalled that Ayoola two weeks ago drove himself to Frontida Critical Care Hospital, Iyaganku, Ibadan, for medical checks after which he was advised to proceed on bed rest.

However, Ayoola also served as the Speaker of the 4th Session of the Oyo State House of Assembly under the Lam Adesina administration.

He was one of the first batch of 14 commissioners sworn into office on Aug.14, 2019 by Makinde and was thereafter assigned to the Ministry of Environment.

The deceased had studied Animal Science and Environmental Management and Control.