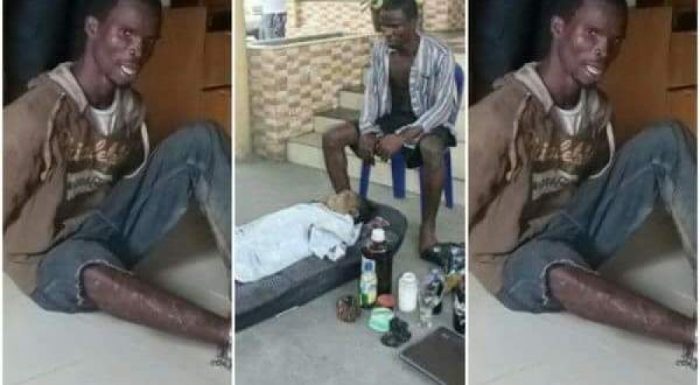 A Port Harcourt High Court, Rivers, has sentenced a 200 level student of Physics Department, University of Port Harcourt, Ifeanyi Maxwell-Dike and Ugochukwu Nwamiro to death by hanging over the murder of an 8-year-old girl, Victory Chikamso Nmezuwuba in 2017.

Justice Adolphus Enebeli, who has been presiding over case handed down the sentence to Maxwell-Dike and Nwamiro without the option of fine.

Dike, who was 23 years old, when the incident happened in 2017, was apprehended with a sack containing Chikamso’s remains following a tip-off by members of Eliozu Community in Obio-Akpor Local Government Area who alerted the Police.

He was later handed over to the Police for further investigations and prosecution.

Dike harvested the victim’s eyes, vagina, finger and tongue, after raping and murdering her with the assistance of his cousin, Ugochukwu.

Few days after he was handed over to the Police, Dike escaped from the premises of the State Criminal Investigation Department, (SCID), with the aid of the police personnel on duty, Sergeant Johnbosco Okoronze who failed to handcuff him after he had finished writing his statement.

Few weeks later, he was re-arrested in Jos, Plateau State and taken back to Port Harcourt for trial. The judge also sentenced Sergeant Okoronze to one-year imprisonment for aiding the escape of Dike from police custody.

Our correspondent reports that the pronouncement by the Judge caused the family of the convicts, especially the family of Nwamiro to break down in uncontrollable tears and lamentation.

Speaking with journalists after the judgment, the state Prosecution Counsel, Chidi Eke described the judgment as landmark that brought about justice for the state, the family of late Chikamso and the soul of the departed.

On his part, Counsel to Nwamiro, John Ndah expressed displeasure over the judgment and threatened to appeal it.

Lezina Amegwa who is counsel to Maxwell-Dike said he might not appeal the matter because of the circumstances in the judgment.