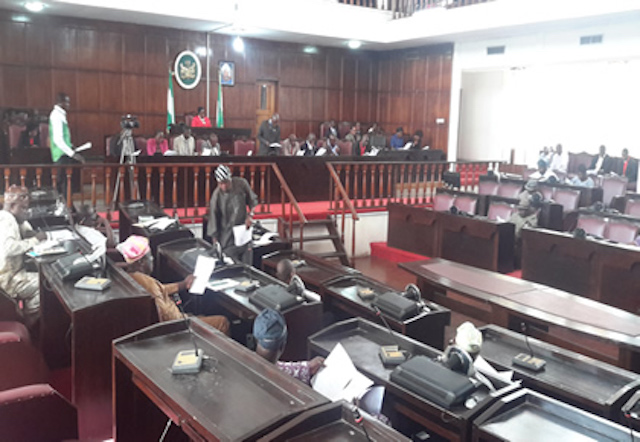 File Photo: Ondo State House of Assembly: proceeds on indefinite break in a bid to stem the spread of Coronavirus pandemic

The Ondo State House of Assembly said it has commenced an investigation into the N4.3 billion said to have been recovered from an alleged secret account in a commercial bank.

Edamisan Ademola, the Chairman of the House Committee on Public Accounts, told newsmen after plenary on Friday that the assembly had directed the committee to investigate the source of the secret account.

Ademola said the committee had invited some government officials, including the Commissioner for Finance, Chief Wake Akinterinwa as well as the Accountant-General and State Auditor-General on the recovery.

He said that the committee was acting on the report of the Auditor-General which stated that over N4.3 billion deposited in a secret account for 10 years had been recovered.

Ademola(APC-Irele) said, “the state Auditor-General reported that N4, 319,978,344 was reported by the Chairman, State Board of Internal Revenue as a recovery from a commercial bank which formed part of the revenue disclosed by the board.”

He commended the Commissioner for Finance “for the good and diligent job in discovering the hidden fund which some unscrupulous individuals had kept in a bank for over a period of 10 years.”

Ademola noted that the office of the Accountant-General, as the custodian of all accounts of the state government, should be able to assist the committee to unravel the mystery surrounding the N4.3 billion.

According to him, the çommittee will also invite other stakeholders as part of the investigation.

“They claim they have recovered N4.3 billion but the committee will also be keenly interested in the actual interest generated for 10 years and we have requested comprehensive details of the account.

“The committee is interested in full details on how the account was being operated over the years; who authorized the opening of the account, who were the signatories and when was the account opened.

“We hope the commissioner and the accountant-general will come out with the comprehensive details of the account so we will be able to calculate the interest so far in the account.

“The committee discovered that the said money had been transferred from the initial bank to six different state government accounts in less than five months from the period of February 2018 to June 2018,” he said.

Meanwhile, the Commissioner for Information, Donald Ojogo, in a statement, said efforts were being made to conduct a comprehensive inventory of all assets and liabilities of the government, including liquidity status.

Ojogo said the Commissioner for Finance through his vigilance and discrete financial intelligence was able to’ stumble’ on the account in question and the deposited fund which he promptly reported.

“Same has also reflected in the records of the state for proper accountability and transparency,” he said.

He stressed that the commissioner for finance and the accountant-general were not in their present positions when the said account was opened 10 years ago.

He said the invitation of the finance commissioner, accountant-general and auditor-general by the assembly was to promote transparency.