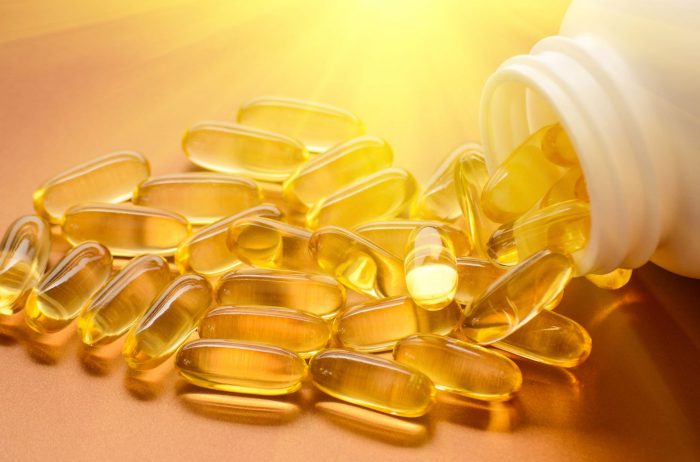 A new study from researchers at Trinity College Dublin said that vitamin D deficiency may be linked to higher death rates from COVID-19.

And that boosting the body with the common vitamin may be a game changer in the fight against the virus.

Published in the Irish Medical Journal, the report analyzed vitamin D levels of older people in countries heavily affected by the coronavirus.

The researchers found that places with high death rates from COVID-19, including Italy and Spain, also had rates of vitamin D deficiency.

The researchers suggest that “supplementation and fortification of foods” could be why vitamin D is at healthy levels there — and that “optimizing” vitamin D levels elsewhere may prevent serious coronavirus complications.

Vitamin D is critical for bone and muscle health and has shown effectiveness in combating depression.

Nicknamed the “sunshine vitamin,” it is naturally produced by the skin when exposed to sunlight.

It can also be absorbed through vitamin-D-rich foods, such as salmon and whole eggs, as well as supplements.

Deficiency in this vitamin, which is more common among black people, can lead to problems like bone issues and hair loss and can compromise the immune system.

Multiple studies are now theorizing that there may be a link between vitamin D deficiency and COVID-19.

Dr. William Schaffner, an epidemiologist and a professor in the division of infectious diseases at Vanderbilt University, said that the research from Ireland is promising but doesn’t prove a causal link between the two.

“These authors have gathered data from clinics in a variety of countries. … But we haven’t done an actual study in patients in a prospective fashion.

“So it’s an interesting hypothesis, but it’s not a route to either prevention or cure at this point.”

Equally cautious about the study is Dr. Kavita Patel, a nonresident fellow at the Brookings Institution.

“I have no reason to believe that there is some significant association with vitamin D and [COVID-19] mortality,” Patel said.

“It just doesn’t make sense to me clinically.”

That’s not to say, however, that she doesn’t consider vitamin D to be beneficial when it comes to respiratory infections.

“So myself, and many doctors I know, started to give our families and ourselves [vitamin D] supplementation when this pandemic started, not knowing if this would be anything like the influenza virus, but we thought it wouldn’t be harmful.”

One of the studies Patel is referring to is a 2017 global meta-analysis of 25 randomized controlled trials, involving more than 11,000 individuals, which concluded that taking vitamin D supplements daily or weekly could significantly reduce the risk of severe respiratory infections like influenza.

Optimizing vitamin D levels could be a game changer. Our analysis shows that it might be as high as cutting the mortality rate in half.It will not prevent a patient from contracting the virus, but it may reduce complications and prevent death in those who are infected.

For those deficient in vitamin D (i.e., having blood levels below 10 mg/dl), the risk of respiratory infection was cut in half.

While no similar research on vitamin D protecting against coronavirus exists, Patel said a randomized controlled trial on its effects is currently underway.

Still, the Ireland study is not the first to provide preliminary analysis suggesting there may be a link between vitamin D and COVID-19 severity.

A May 7 analysis, led by researchers at Northwestern University, analyzed hospital and clinic data from countries affected by COVID-19 including China, Iran, Italy, South Korea, Spain, Switzerland, the U.K. and the U.S.

It also concluded that countries with high death rates, such as Italy and Spain, were more likely to have patients exhibiting vitamin D deficiencies.

In a statement, the study’s lead researcher, Dr. Vadim Backman, said there is evidence of a “significant correlation” — and that “optimizing vitamin D levels” could be a game changer.

“Our analysis shows that it might be as high as cutting the mortality rate in half,” Backman said.

“It will not prevent a patient from contracting the virus, but it may reduce complications and prevent death in those who are infected.”