Football resumes in Germany with goal & red card in 4 minutes 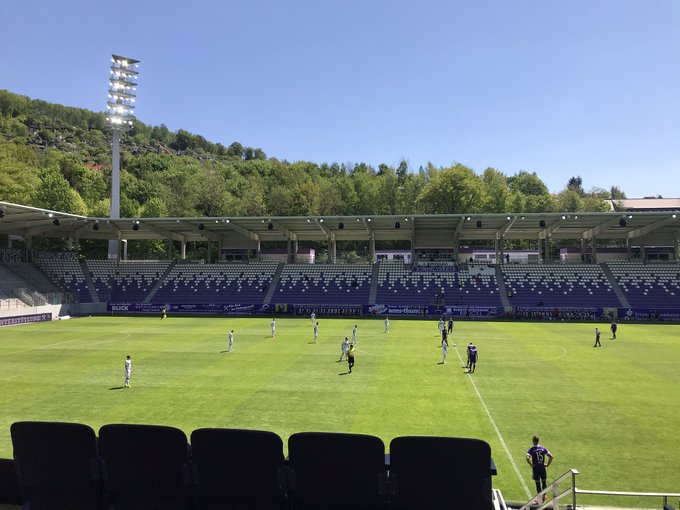 Football resumed in Germany today with a goal and a red card in the first four minutes of action.

The first goal, as footie returned following the coronavirus outbreak, was recorded in Bundesliga 2 with Erzgebirge Aue hosting Sandhausen.

This happened as Sandhausen’s defender Dennis Diekmeier made some unwanted headlines.

He was shown a straight red card for a professional foul in the area.

From the resulting penalty, Dimitrij Nazarov fired home to give Erzgebirge Aue a 1-0 lead.

Chancellor Angela Merkel gave the green light for the Bundesliga – which last played on March 8 – to restart.

In the top flight, it will be Dortmund and Schalke kicking things off in the Revierderby at 2.30 pm.

Champions Bayern Munich who lead the division by four points will also be in action on the re-opening weekend as they travel to Union Berlin.

The DFL (German Football Association) has said that there will be strict protocols adhered to.

However, SunSport reported earlier today that a top German politician has claimed the restart could be quickly stopped in its tracks with more serious breaches of coronavirus protocol.