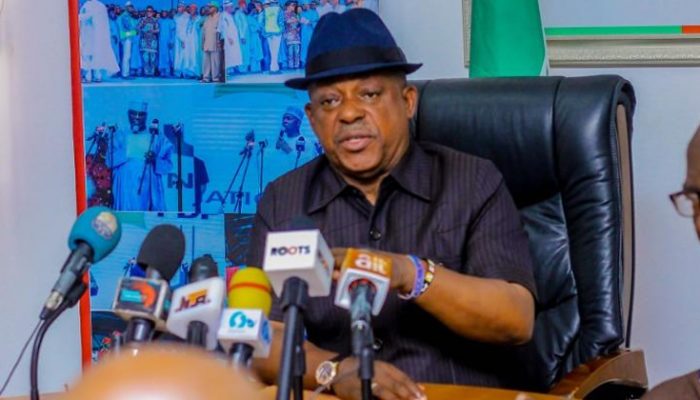 The Working Committee of the Peoples Democratic Party (PDP) in Plateau has suspended eight members of the party.

The ‘group of rascals’, as stated by Mr. John Akans, the committee’s head of media, were suspended for constituting a rival State’s Caretaker Committee.

Akans, in a statement on Saturday, said the decision to suspend the erring members was taken at an emergency meeting on Friday evening.

“The working committee, an arm of the Plateau Caretaker Committee at its emergency meeting held Friday evening at the party’s secretariat, reviewed the unfortunate incident that took place at the secretariat.

“Some group of rascals mischievously constituted themselves into a caretaker committee, which is an affront to the national leadership of our party, under the leadership of Prince Uche Secondus.

“The state leadership of the party frown at these decedents and therefore approved their immediate suspension from the party.

According to Akans, the group’s attempt was not only laughable and mischievous but infantile and an act of lawlessness to the extreme which the party could not condone.

The head of media announced that a seven-man disciplinary committee was immediately constituted to look into the activities of the suspended members.

He gave the names of the disciplinary committee members as Mr Monday Agwom as Chairman with Mr Pam Davou Major to serve as Secretary.

The party called on members across the state to forget the unfortunate incident and continue to work together for the progress and victory of the party.