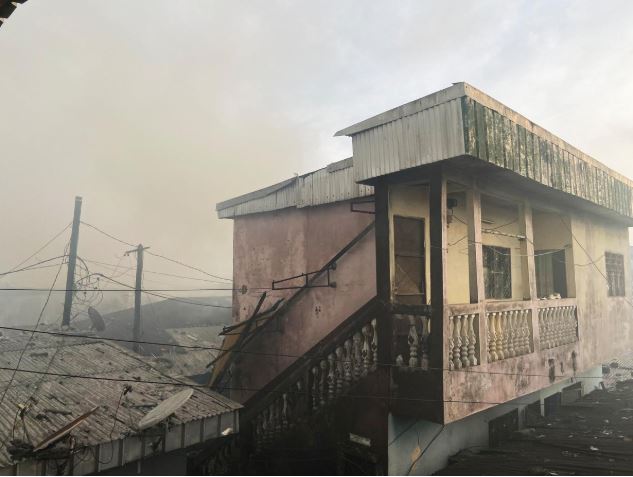 Smoke rises after the fire tore through an overcrowded New-Bell central prison in the port city of Douala, Cameroon May 28, 2020. (Reuters photo)

A fire tore through an overcrowded maximum-security prison in Cameroon’s port city of Douala on Thursday.

This led to the hospitalization of three prisoners with serious burns, a local fire chief said.

Firefighters, backed up by the Police, were able to contain the blaze and stop it spreading beyond New Bell jail, which sits in a densely populated neighborhood of the commercial capital, close to the central market.

“The operation was made more difficult by the layout and a large number of inmates,’’ fire brigade chief, Kadrey Abdiel, said.

Crowds of onlookers had gathered outside the prison, where a large plume of dark smoke billowed from the roof.

A few inmates had tried to climb over the prison’s walls, but the Police around the perimeter stopped them escaping, regional Governor, Samuel Ivaha Diboua, told journalists.

It was not immediately clear what started the fire.