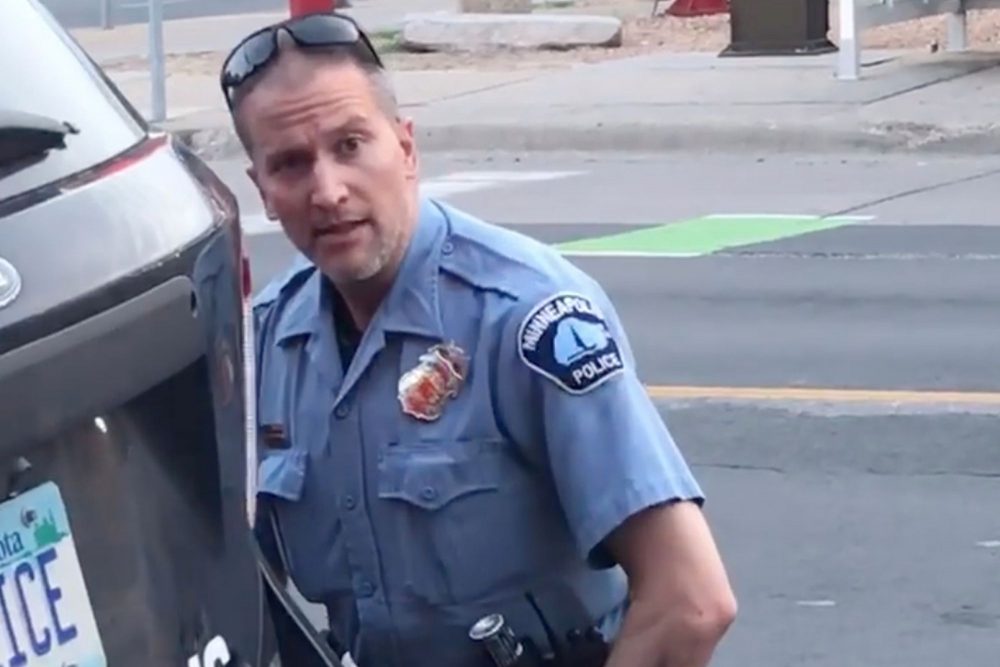 The dismissed Minneapolis cop, Derek Chauvin, accused of killing unarmed African-American George Floyd by kneeling on his neck was taken into custody Friday and charged with third-degree murder.

Chauvin is one of four officers sacked shortly after an explosive video emerged showing a handcuffed Floyd lying on the street as Chauvin pinned his knee to Floyd’s neck for at least five minutes on Monday.

The death of the 46-year-old Floyd has sparked days of sometimes violent demonstrations in Minneapolis and other US cities over police brutality against African-Americans.

So far, hundreds of shops have been damaged and a police station set on fire.

“Chauvin has been charged… with murder and with manslaughter,” he added, specifying to reporters that the charge was third-degree murder.

US Senator Amy Klobuchar of Minnesota applauded Chauvin’s arrest, calling it “the first step towards justice.”

In the graphic video footage, Floyd is seen saying that he can not breathe. Eventually he went silent and limp, and he was later declared dead.

Protests swelled after federal authorities said Thursday that they were making the case a top priority but announced no arrests at that time.

Overnight, demonstrators broke through law enforcement barriers to overtake the Minneapolis police station where the four officers blamed for Floyd’s death were based.

A fire broke out and soon became an inferno that engulfed the structure.

Minnesota’s national guard announced that 500 troops were being deployed Friday for peacekeeping amid signs that the anger was nowhere near dissipating.

“These THUGS are dishonouring the memory of George Floyd, and I won’t let that happen,” Trump tweeted.

“Just spoke to (Minnesota) Governor Tim Walz and told him that the Military is with him all the way. Any difficulty and we will assume control but, when the looting starts, the shooting starts.”

Former president Barack Obama said Friday he shared the “anguish” of millions of Americans over Floyd’s death and that racism cannot be “normal” in the United States.

“It can’t be ‘normal,'” Obama, the first black US president, said in a statement.

“If we want our children to grow up in a nation that lives up to its highest ideals, we can and must do better.”