Lemon, lime, why you need them 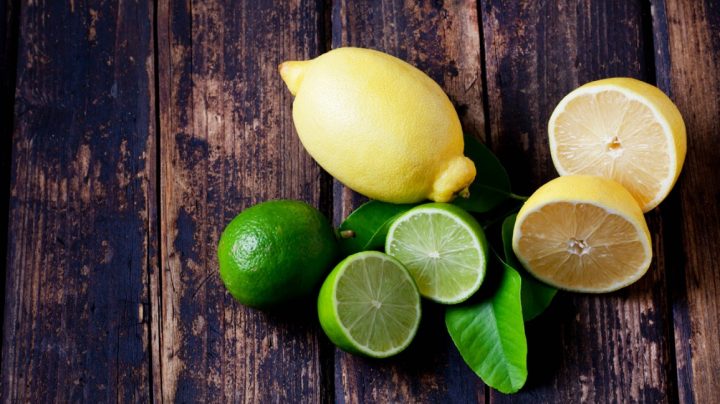 Lemon and Lime: one of the world's healthiest fruits

Lemon or lime; which do you need? What are their features and benefits to human health? Here below are the answers.

Many people seem still confused about the difference between lemon and lime.

Both belong to the citrus family which includes oranges, tangerines, citron and grapefruit.

Lemon and lime are largely similar in appearance, taste and nutritional values. But there are slight differences that separate them.

Lemon, also known as Citrus limon, is the one usually in pale yellow colour with oblong or oval shape of usually 2 to 4 inches or 7 to 12 centimetres in diameter. Though, some types, when unripe, appear green.

It has a very thick skin and grows well in moderate climates.

In terms of nutritional value, researches show that Lemons are richer in vitamins and minerals than limes.

Lemons possess almost double the amount of vitamin C present in limes, specifically, about 57 percent of the daily value. This makes lemon a bit healthier than lime.

Though lemons are also sour in taste, they are not as bitter as limes.

Lime, also called Citrus aurantifolia, is usually round in shape and green in colour. It is smaller in size than lemon.
Normal size of a lime is averagely between 1 and 2 inches, equivalent of 3 to 6 centimetres, in diameter.

Though, when very ripe the colour can change to slight yellow, but its original colour is green. Lime’s taste is sour and bitter than lemon.

It grows well in tropical and subtropical regions. This, perhaps, explains the reason limes constitute over 95 percent of the joint population of lemons and limes across Nigerian markets.

Limes also possess the numerous vitamins and minerals found in lemons but in lesser quantities. Reports say the vitamin C content in limes is about 32 percent of the daily value.

Similarities and Benefits
Both fruits belong to the same family; they taste and smell similarly; they are nutritious according to medical findings, and are very essential to our healthy living.

They are both acidic; they contain antioxidants and are good as a flavouring agent in juices and food.

Lemon and lime contribute significantly to human dietary requirements of vitamins and minerals such as potassium, folate, vitamin B6, copper, phosphorus, magnesium, and more.

They also contain some amount of carbohydrates, protein and healthy fat.

The high content of vitamin C in them, just like other citrus family members, make lemon and lime agents of antioxidant properties which boost the immune system.

They possess anti-inflammatory and antibacterial properties which make them, according to reports, likely to play a role in preventing heart disease and certain types of cancer, including breast and colon cancer.

Lemons and limes provide humans with protection against inflammatory polyarthritis, a form of rheumatoid arthritis involving two or more joints, and cholera, according to the George Mateljan Foundation.

A study carried out in mice observed that citric acid, contained in citrus fruits, has a protective effect against inflammation in the brain and alcoholic induced liver damage.

But, this is said to be currently limited to animal and test-tube studies, thereby requiring further studies to see if it could have similar effects on humans.

Many uses of the fruits
Lemons and limes, whether fresh or processed, as a result of their nutritional and medicinal values, are also used for a variety of things.

They are extensively used in the preparation of traditional herbal solutions to tackle many ailments.

In fact, since the beginning of the coronavirus (COVID-19) pandemic, many quarters around the world have claimed that lemons/limes possess a significant level of potency against the viral disease, especially when taken with hot water.

Some survivors have claimed they used lemon amongst other immune boosters to knock out the virus.

Lemons and limes are used in cooking, herbs preparation, food preservation, and their fats important component in the production of cosmetics to achieve healthier effects.

As a result of the antibacterial properties in them, they are used for washing of human skin, meat and surfaces.

The rinds of the two can also be used to flavour liquid to get a thrilling taste.

Both are very nutritious and medicinal. In fact, we all need either of the two on a daily basis for healthy living. But, if available in abundance, we may consume more of lemon as it’s slightly greater in value than lime.

Caution
Because lemons and limes are highly acidic, they should be consumed with moderation. Daily allowance of one or two lemons or limes, preferably mixed with water, juice or any other liquid, is recommended in order to avoid some untoward effects.