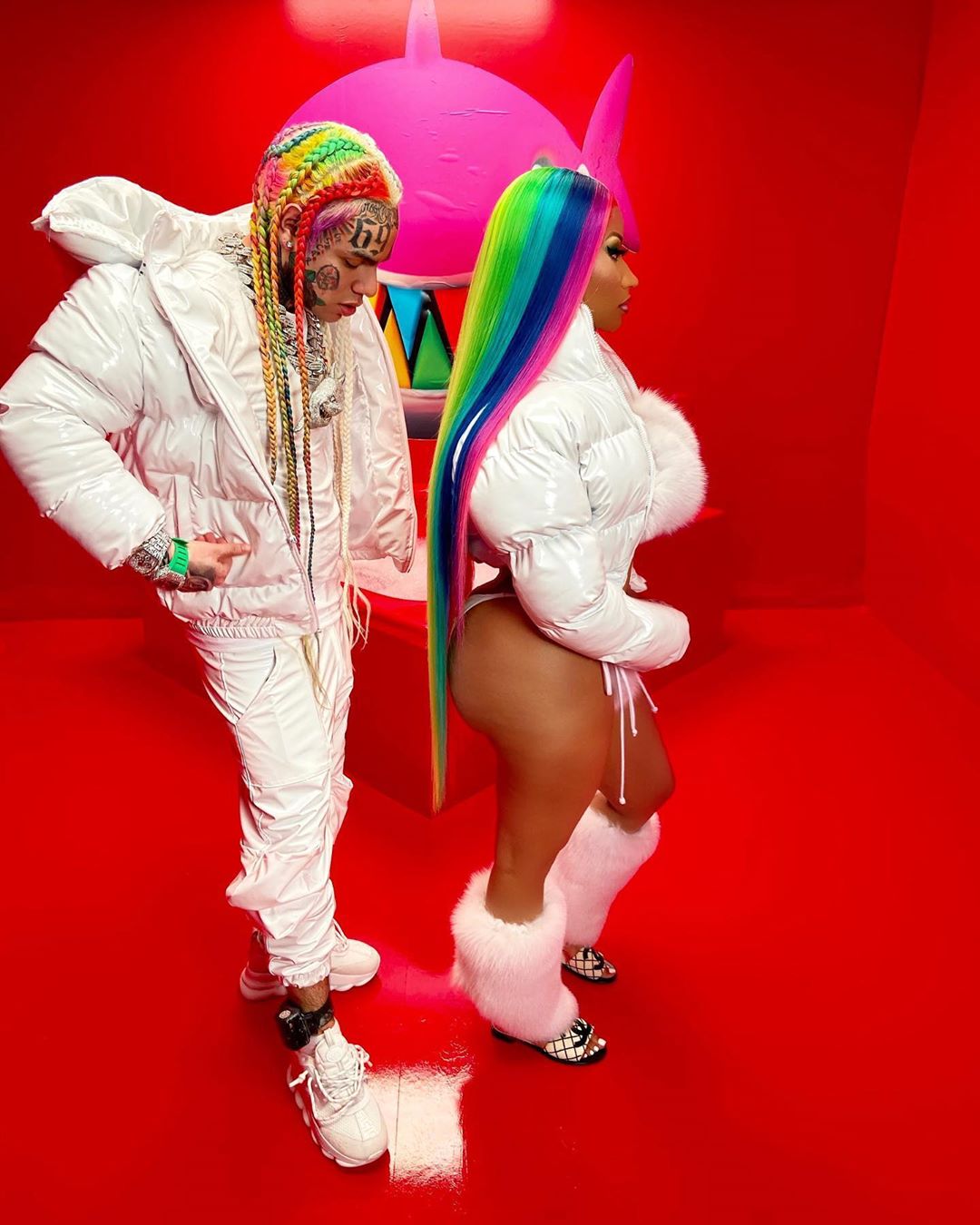 Trollz by 6ix9ine and Nicki Minaj

Nicki Minaj and 6ix9ine have reportedly broken the record for the fastest number 1 song on the US iTunes.

They made history in just nine minutes with their collaboration titled “TROLLZ.”

The song was 6ix9ine and Nicki’s follow-up to their first release “Fefe,” which dropped back in 2018 and was later added to her Queen album.

The single was accompanied by a colorful visual, which was shot at 6ix9ine’s house.

Tekashi, in his usual high spirit on the track, said “I know you don’t like me, you wanna fight me/You don’t want no problems at your party? Don’t invite me,” he raps. “I don’t worry ’bout you niggas, please stop talking ’bout me/Always talkin’ bout me ’cause you looking for the clouty.”

Nicki didn’t hold back any punches either.

She said: “Somebody ushered this nigga into a clinic/My flow is still sick, I ain’t talkin’ a pandemic/I write my own lyrics, a lot of these bitches gimmicks/They study Nicki style, now all of them wanna mimic.”

However, Nicki had earlier announced that a portion of the newly released effort will benefit the Bail Project Inc. – an organization that assists low-come individuals with securing bail while they await trial.