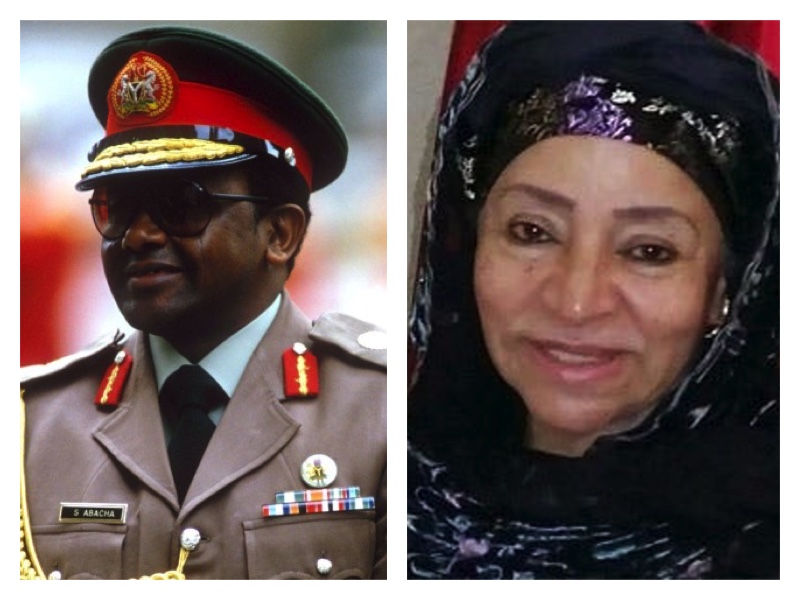 Twenty-two years after the death of Nigeria’s former dictator, Gen. Sani Abacha, his wife Maryam is writhing under the pang of abandonment by former friends and relations, especially in Kano.

She claimed the betrayal is responsible for the spate of allegations of financial impropriety being made against her husband, insisting he was not a thief.

She wondered why it took more than two decades for the said loots to be coming out, noting that they were all lies and that time would bring out the truth.

The former first lady stated this in an interview with Kano Focus to mark the 22th anniversary of the death of the former military ruler.

She did not hide her disappointment with Kano people.

“I hope Kano people will realise that Sani was their son. And this man was born in Kano in Sabon Gari and later he came to Fagge and grew up, but his name is Abacha – a Kanuri name from Borno.

“He has marks, Kanuri marks on his face, but he chose to be a Kano man. And he worked for Kano and he planted Kano people.

“There are people that he helped a lot, but they are not even greeting me now for no reason.

“They just hate us! But why? This is a very bad attitude. It is Haram and Allah is watching us.”

She insisted that her husband did not steal from the country as being claimed, saying he was being framed.

“How come this man was not a thief until he died? What is this amount of money after 22 years?

“You say oh we have found this amount of money and we’re bringing it back.

“If he had done wrong, God knows. If other people are putting the wrong on him, it is a matter of time,” she added

She has harsh words for those behind her travails.

“They will kneel down like America is kneeling down now.

“Anybody that is evil will kneel down just like this corona has come to shut this world.”

Abacha has been the most vilified among Nigeria’s former military rulers.

He incarcerated Moshood Abiola, the winner of the June 12 1993 Presidential election and sat on his mandate until death forced him off the throne on June 8 1998.

He forced many pro-democracy activists into exile and put many others in jail.

His government also shut down newspapers, not caring about the livelihood of the workers there.

On top of that, he wanted to succeed himself as a civilian leader, in an orchestrated political move, with five million march.