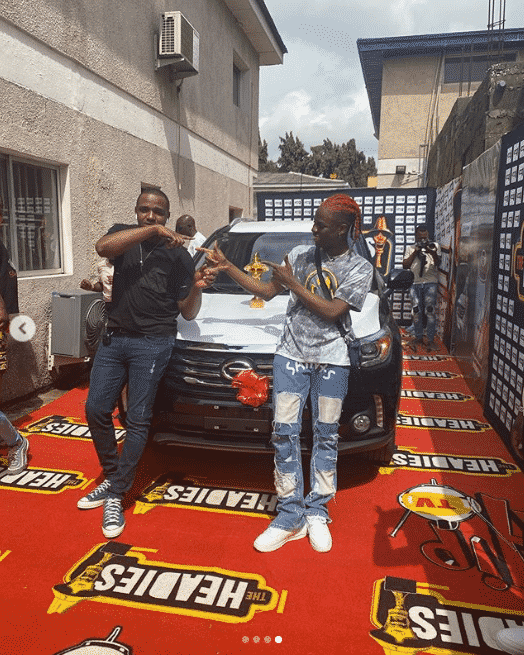 Next rated act and Mavin record star, Divine Ikubor also known as Rema has finally picked up his SUV car as the winner of the Headies Awards 2019 ‘Next Rated’ act.

Last year the ‘Beamer’ crooner was nominated as the ‘Next Rated’ act during last year’s edition of the Headies. He eventually won the category ahead of other nominees like Zlatan, Fireboy DML, Joeboy etc.

Since winning the award and the prize attached to it, Rema has been unable to pick it up due to his busy schedule amongst other things.

He showed up at the HipTV Office o Friday to finally pick up his SUV car.