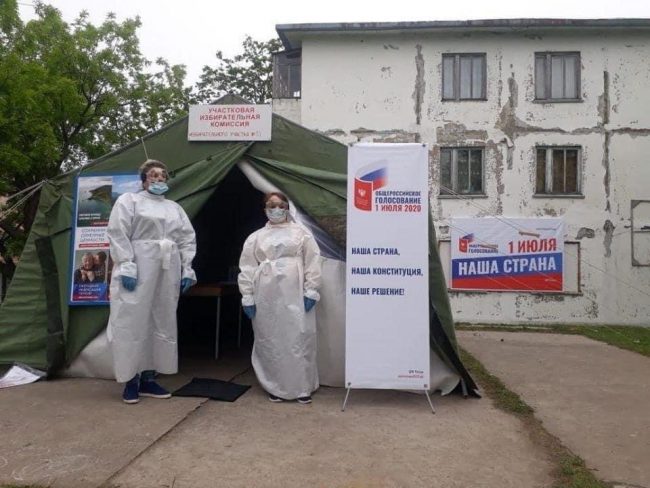 A polling station in Russia

Russians will head to polling stations throughout the country on Wednesday to cast their ballots in a referendum to determine whether President Vladimir Putin can remain in power for the next 16 years.

It was the final day of voting, which began at the weekend, and is a public holiday

Putin, 67, has been in power for two decades as president or prime minister and is currently the longest-serving Russian or Soviet leader since Joseph Stalin.

The referendum seeks changes to the constitution that could enable Putin to run for re-election twice more and potentially remain in power until he is 83 years old.

Putin, who has cultivated a reputation as a guarantor of the Russian state’s stability, reiterated that message in an address to the nation this week, encouraging citizens to vote in favour of the reform.

“We can ensure stability, security, prosperity and a dignified life for people only through development and only together,’’ Putin said.

Voting was spread out over six days in an effort to maintain precautions to limit the spread of the coronavirus.

The referendum is intended to give a veneer of democracy to the largest package of amendments to Russia’s constitution since its adoption in 1993 following the dissolution of the Soviet Union.

The amendments included generally popular measures such as establishing a minimum wage and pension allocations based on the cost of living.

Citizens can give only a yes or no to the whole package, which has already been approved by Russia’s parliament and signed by Putin.

The referendum was widely expected to pass.

The state’s largest pollster, the Russian Public Opinion Research Centre, said on Monday that 76 per cent of those who had already voted had cast ballots in favour.