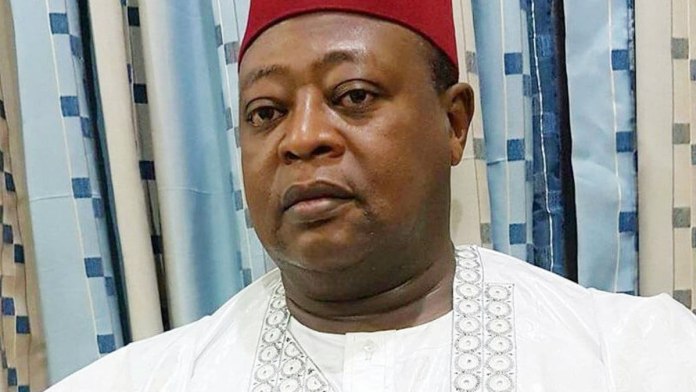 Sokoto State Governor Aminu Tambuwal has described late former minister Inuwa Abdulkadir as a reliable political ally who never wavered in his commitment to the welfare and development of the people of Sokoto state and Nigeria as a whole.

Inuwa Abdulkadir died at the age of 54 on Monday morning at the Usmanu Danfodio University Teaching Hospital, where he was on admission.

“Certainly, I am short of words to describe the passing on of my brother and good friend with whom I share an inexplicable bond over the years.

“Late Barrister Inuwa Abdulkadir and I have come a long way since our zestful childhood till now.

“An unassuming, compassionate and reliable political ally and a colleague at the bar, he never wavered in his commitment to the welfare and development of the people of Sokoto state in particular and Nigeria in general.

“He fought brilliantly without anticipating a reward. He was firm in his belief in fate, taking in his stride any unfortunate incident that could shake the faith of a lesser mortal.

“A strong pillar upon which I more often than not rest my weight of worries, no doubt Nigeria and Sokoto state have lost a true son, patriotic and upright, in Barrister Inuwa Abdulkadir.”

The governor added that Abdulkadir passed on at a time “when all of us in Sokoto needed him most, leaving a gap that would take some time to fill.”

Tambuwal commiserated with the family of the deceased and prayed Allah to grant him an abode in Aljanna Firdaus.

“I also condole his esteemed family and assure them of our support and encouragement. May the good Lord strengthen them and give them ample fortitude to bear this irreplaceable loss.”