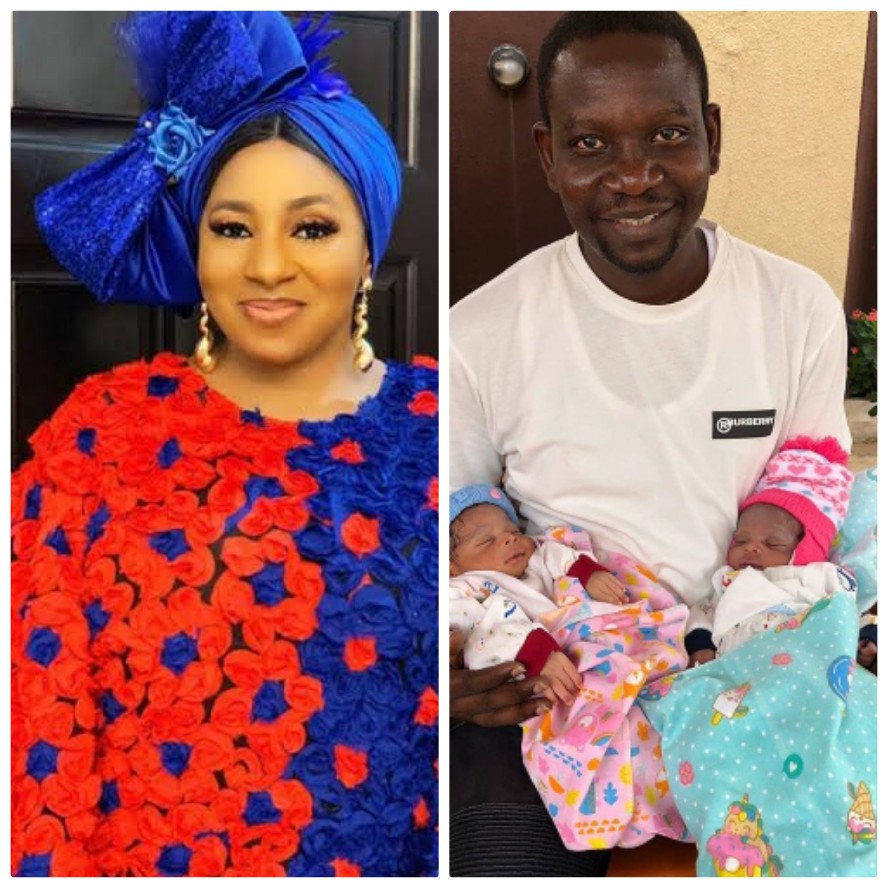 Mide Funmi Martins, Nollywood actress and daughter of late Yoruba actress, Funmi Martins has disclosed that he married his husband, Afeez Abiodun aka Afeez Owo who was her mother’s manager because of his qualities she found in him.

Mide, who grabbed what life thrust at her when she lost her beautiful mother said Afeez Owo helped her mother with all the works she could not complete before her death.

Speaking in a recent interview, Mide gave some reasons why she agreed to date him 20 years ago.

She confessed that she rejected him when he initially asked her out.

“Of course, it sounded strange when he initially came up with that idea, I asked him if he was okay. I did not even think it would be possible because I saw him like my brother, and we were very close. Initially, I told him it was not possible for us to become lovers but with time, I saw some qualities in him which I admired.”

According to the mother of two, the qualities she saw was not money because Afeez wasn’t rich or good-looking then.

“He proved to be a reliable person. He is faithful, caring, and has a good heart plus the fact that he is very easy-going. All of these appealed to me and I reasoned that I should give him a chance in my life.”

Mide also advised any lady seeking a man to marry to adhere to this advice:

“It is good to be patient because not all that glitters is gold. My marriage has been a success because I practiced patience. When we started, things were not as smooth as I wanted it to be but I was patient with him. We had our good and bad times but it’s necessary that you remain calm during the bad times.”

“Remember that money does not guarantee happiness. Bachelors and spinsters should marry someone that is reliable and makes them happy.”