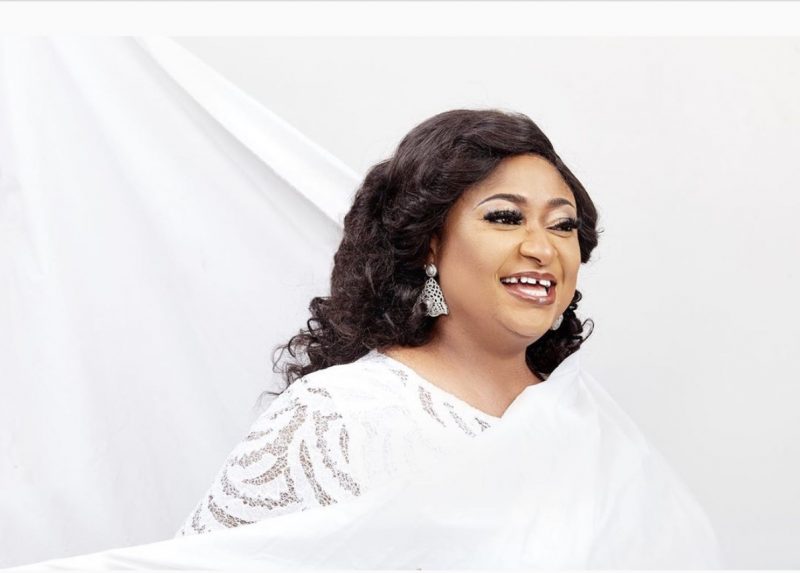 Ronke Oshodi-Oke steps out in angelic style on birthday

And she thanked God for the gift of life. She is 46 years old today.

Beaming, she announced her new age on Instagram, dressed in a white gown against the backdrop of a white curtain–all giving her an angelic look.

The dress was designed by Oluwatosin Ariyo Bamigbola, a.k.a @styleby_felicia.

“Our life is a gift from the Creator. Thank you Lord for another great chance to make a difference. Happy birthday to me.”, she wrote.

Fans and friends have already flooded her wall with over 1000 congratulatory messages.

Ronke, whose home state is Ondo, was born in Oworonshoki Lagos on 17 July 1974.

As an actress, she became a household name in 2000 when she featured in a movie titled Oshodi Oke, from which she got her stage name.

She is also a musician. In 2015, she released a single titled Ori Mi which featured 9ice.