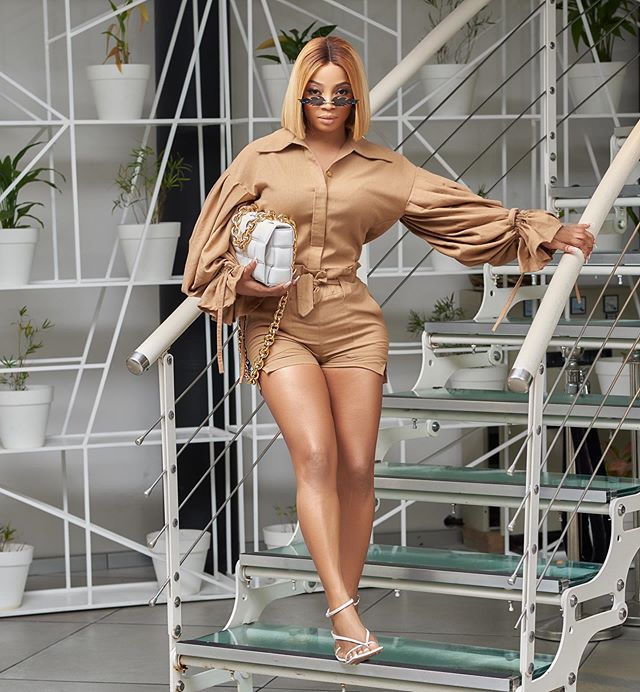 Asset Management Corporation of Nigeria (AMCON) is a body established by the Act of the National Assembly of Nigeria on July 2010 with an intended 10 years lifespan.

Fans on Twitter reacted, stating that the home was reportedly bought for her by Festus Fadeyi, The Chairman, Pan Ocean Oil Corporation, an indigenous oil and gas company.

AMCON was created to be a key stabilizing and re-vitalizing tool aimed at resolving the non-performing loan assets. Read reactions below…

Here’s why people are talking about Toke Makinwa today! pic.twitter.com/rJXpxPkrhx

This is the part where all these Twitter feminists rally around Toke Makinwa to help buy her another house in Banana Island. Amen?😂

Which of your daddies bought house for Toke Makinwa on credit and now AMCON has repossessed the house?

Toke Makinwa story should be another reason for anyone to pause and think a while, before shouting "God when" everytime! “Isale oro ole gbin”

AMCON took over Toke Makinwa‘s 'house’? Baby girl should have put her name on the property yo😭

Toke Makinwa: "Hardwork gave me all I have today"

If na by handwork i for dey Canada. I for no dey site dey hustle 2k

She broke shamed men. Now they've collected the house a married man gave her in Banana Island. 08056684225 Toke call this no, they have cheap selfcon in Ikorodu

So it’s Festus Fadeyi! Interesting. I remember his children called out Toke Makinwa few years ago to leave their father alone. That the man was spending a lot of money on her while being heavily indebted to Skye Bank. Kai. Men are Scum.