What fans are saying about Tory Lanez reportedly shooting Megan 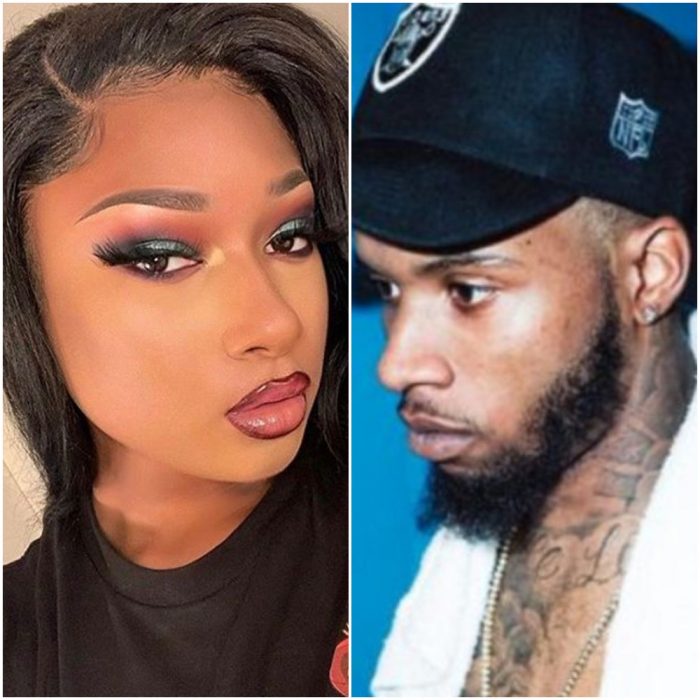 American rapper, singer, and songwriter Megan Jovon Ruth Pete, known professionally as Megan Thee Stallion, in a live Instagram video disclosed how she was shot in both her feet.

The 25 year old born in Bexar County, Texas and raised in South Park, Houston, first began writing and performing rap as a teenager.

Since her video went viral, nearly 5,000 people have signed a petition to deport the alleged shooter and Canadian rapper Tory Lanez back to Canada.

In the visual, Megan said:

“Oh Lord, I didn’t think I was going to cry. But yeah I had to get surgery and it was super scary. Just the worst experience of my life. And it’s not funny, there’s nothing to joke about. It was nothing for y’all to make up stories about.

Thank God that the bullets didn’t touch bones. Like they didn’t break tendons. I know my mama, my daddy and my granny had to be looking out for me with that one cause where the bullets hit, it missed everything. But the motherf**kers was in there.”

“Imagine being 25 and you don’t have both of your parents. My mama was my best friend, I’m still not really over that. So you kind of like try to fill your space with a bunch of people that you think is making you happy,” she said.

She told fans, “I was shot…in both of my feet and I had to get surgery to get the sh*t taken out, to get the bullets taken out. And it was super scary.”

“I didn’t put my hands on nobody. I didn’t deserve to get shot…I didn’t do sh*t.”

The duo reportedly left a party in the Hollywood Hills on July 12 when the incident happened. Megan was getting out of the SUV she was in when Lanez allegedly shot at her.

Daystar Peterson, 28, aka Tory Lanez was arrested after the shooting and charged with having a concealed weapon in a vehicle, a felony charge. His next court date is Oct. 13.

Here’s what fans are saying…

Meg got shot in both of her feet ?? Yeah Tory Lanez is done out here.

Yo Tory Lanez is really living what he raps. I forgot he said this shit pic.twitter.com/VXxuxtvnpM

If Tory Lanez shot Kylie Jenner in both of her feet or another male rapper in both of his feet, this story would have an entirely different tone. Because Megan is a black woman, the entertainment industry and social media makes jokes or is flat out silent on her issues

naw but if tory lanez would of shot kylie stinky ass, they'd be burning the world down. Protect black women period. pic.twitter.com/YTTJ3isQKG

Lanez became prominent initially from the mix tape, Conflicts of My Soul: The 416 Story, released in August 2013.